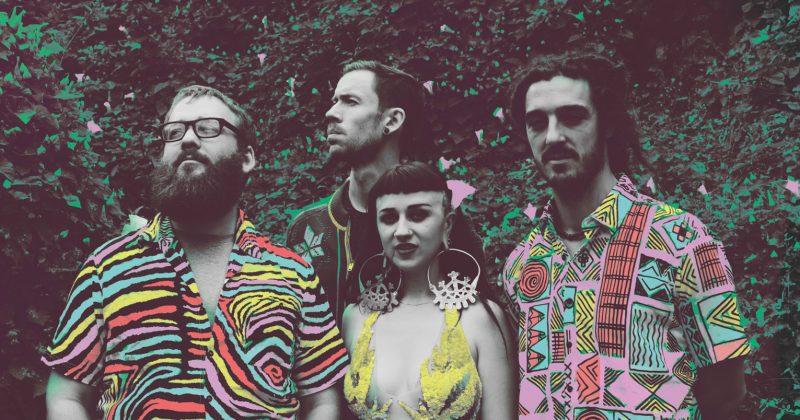 Everyone, and we mean everyone, has been inspired by Fela Anikulapo-Kuti. Some by his style, some by his unique sense of political activism, and most by his genre-defining music. Fela’s brand of afrobeats; revolutionary but not forceful, enlightening but not preachy, and danceable but not brainless; is still unrivalled till today. His music has endured three decades and the man has become a legend all over the world.

There is no contemporary Nigerian musician who isn’t inspired by, or doesn’t eventually get compared to Fela. His music has been sampled by Timaya and Tuface, his lyrics have popped up in songs by Olamide and Terry G, his songs have been covered by Falana and Somi in her spectacular The Lagos Music Salon. But it would be naive to assume that his influence starts and ends in Africa. There is the critically acclaimed broadway musical, several hundred covers on Youtube and new tribute bands popping up every day. But none have interpreted Fela’s influences quite like Hiatus Kaiyote.

For the uninitiated (and seriously, what are you doing with your life), Hiatus Kaiyote is an Australian Future Soul band started by Naomi ‘Nai Palm’ Saalfied. They are Australia’s most successful R&B export, being the only band from the continent to get nominated for not one but two Grammy awards for best R&B performances with two albums that have received global critical acclaim and mainstream success. The band’s second album, Choose Your Weapon, is one of the decade’s most sonically adventurous albums and here’s the kicker, Nai Palm has actually come out to confirm that one of the album’s major influences was Fela’s life and music. To get a taste of just what Fela sounds like in the hands of a truly reverent fan, take the band’s song “Jekyll” for a spin.

Drinks on us if it’s not fire.

4000
Previous Article Nigerian Pop Music Is Shallow, And That’s Just How You Like It

Next Article Five Of The Most Heartbreaking Producer-Artist Splits