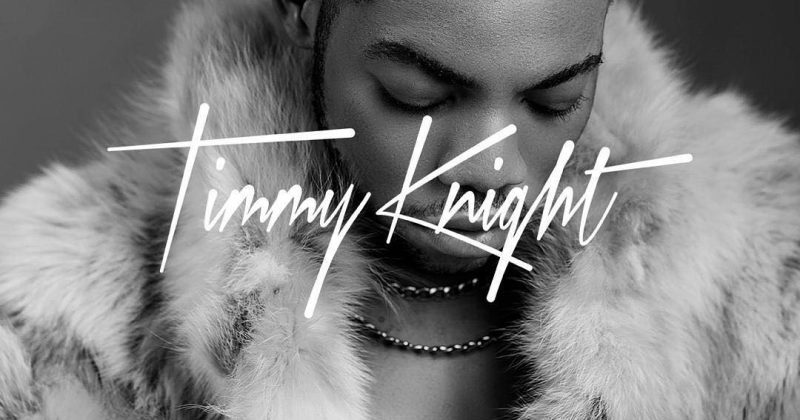 Timmy Knight released the first cut from his ‘Knight Rising (Episode 1)’ EP, “Afrofire”, in January before following it up with “KPO” a few weeks later. Both songs already earmarked him as am a helplessly romantic singer with a penchant for riding dancehall rhythms. ‘Knight Rising (Episode 1)’ is Timmy Knight’s debut project and it nods to his fascination with love as a muse for his creativity, packing the 6-track tape with sultry dancefloor bops.

As you've learned about me over the past few days, music has been a medium to channel my creativity which has helped with my self-expression. Over the last couple of months, I have worked tirelessly, with you in mind, to create a body of work that gives you a clear picture of the phase I'm at currently. It shows my development and growth in all spheres of my life; musically, spiritually and personally. I am inspired by love in its purest form and the desire to make a difference in the world. These are underlying themes that are highlighted in this project and as such, please allow me to introduce to you, “Knight Rising (Episode I)” – my debut body of work, which would be dropping on the 22nd of March 2019. I am excited to share this project with you and I can’t wait for you to hear it. Big thanks to everyone who worked to make this a success cc @ril_0ne @excellence_records @michael_synx @beatssbyko @boybreed @kingperryy @official_riasean @owenrayhamen @andersonoriahi @ceezysstyling @jameswynerphotography and every other person who contributed in one way or the other. May God’s blessings fall upon you 🙏🏼. In the meantime, I would be dropping a new single off the body of work at 7pm tomorrow to give you a glimpse of what to expect from #KnightRising. Thank you 🖤🖤🖤 #TimmyKnight #KnightisComing

The opening track, “Moments”, features King Perryy who infuses a Raggea groove to the breezy love song Synx produces mixing 808 drums, ambient synth harmonies, and percussion. Second track, “Early in the Morning” is similarly lightweight, but here his lyrics are more solemn, as he admits his struggle to convince his love interest of his intimate feelings over the laidback Afropop beat Synx produces.

Despite his love interest unforthcoming response to his advances, Timmy Knight remains cheerful and optimistic on the 5th track, “Groove Right”. Singing “Love Don’t Come So Easily/ I Might Be Wrong But Not With You/ Anyway I Know It’d Take Some Time to Work Things out/ All the Same, I Don’t Mind How So Long The Time Pass By”, backed by a backing female voice, he seems certain it’s only a matter of time before he and his love interest are together, and the beat Synx produces highlights his buoyant high spirit through an uplifting EDM base drop.

‘Knight Rising (Season 1)’ closes with “Different”, one of the standout tracks from the EP. BEATSBYKO produces the mid-tempo beat which Timmy Knight channels for a catchy ode to the rousing effect cupid has on lovers. Though the project doesn’t try to hide the biting sting love can have when not reciprocated, Timmy just holds on to the euphoria, using it to fuel his feelings and his EP.

You can stream ‘Knight Rising (Season 1)’ below.

ICYMI: Listen to “Afrofire” by Timmy Knight and Boybreed here