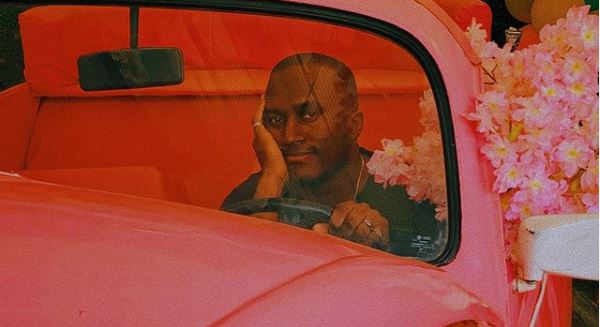 sakura. tracklist & credits Shout out to everyone involved 🖤 Out this Friday. 🌸

While he still keeps the carnality going, the songs on the EP exude a genuine ache to fall and stay in love. Across the four tracks, Remy impressively marries vulnerability and sensuality, telling far less simple stories and evoking deeper emotions. On lead single and opening song, “As Friends Tho”, Remy fantasises about getting it on with a love interest, but the potential wrench is that she’s only interested in a friends with benefit-type situation. “Let me be the one to show you off and treat you right”, he pleads without getting the positive reply he desperately craves.

The rest of the songs on ‘Sakura’ are similarly open-ended, with Remy laying out his intentions and feelings in the open. Perhaps the clearest upgrade from this pining approach, is the sharper and less indulgent writing on the tape—thankfully, there are no “blade”-inspired innuendos or unsubtle phone sex references. On “No Games (Interlewd)”, he lays his affections out and seeks a reciprocal level of love and trust with lyrics that are heartfelt and sincere, while “Show Me the Signs” seeks consent without piling on too much about his sexual prowess.

In addition to thematic continuity and growth, ‘Sakura’ exclusively focuses on Remy’s vocal abilities as a singer, especially his ability to communicate vigour through gently soaring melodies. His production also continues his flair for maximalist palettes, like the stunning closer, “U”, which features fuzzy electric guitars, shimmering piano chords and thumping drums.

Hitting as many right notes as possible within ten minutes, ‘Sakura’ is the work of a polymath who’s in better control of the elements of his craft.