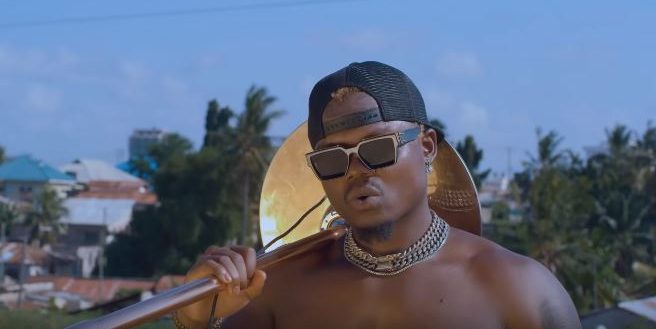 Even before the streaming era improved access to music from across the continent, African artists have always sought to gain popularity all around the continent. For Nigerian pop stars, East Africa has always been a receptive zone, and there’s a common narrative among industry types about the high receptiveness of the audience to Nigerian pop music. Mimicking their western colleagues, these days, East African acts are working to improve their prominence on the opposite side of the continent, through continued collaboration.

Like Sauti Sol and Diamond Platinumz, Tanzanian singer Harmonize is a prime example of this phenomenon, and he’s becoming quite the familiar name with his growing list of collaborative efforts with Nigerian artists. In February 2019, Harmonize put out his debut EP, ‘Afro Bongo’, a 4-track project that featured Yemi Alade and Mr Eazi, and spawned “Kainama”, his hit single with Diamond Platinumz and Burna Boy. In addition to the features on his EP, he’s also collaborated extensively with Skales, and has worked with Seyi Shay and Falz. On his debut album, ‘Afro East’, all aforementioned Nigerian popstars, with the exception of Ms. Shay, reprise their assisting role, as the singer continues his quest to link East and West via his music.

In addition to its star-studded tracklist, another selling point for the album is that much of the music is instantly recognisable. ‘Afro East’ is as much a reference sheet to Harmonize’s musical influences, as it is a credit to his ability to adjust into whatever sonic route he’s plying. On the Phyno-assisted “Body”, Willis supplies a sublime mid-tempo beat, and Harmonize fits in with the same slick-mouthed, self-propping shtick as most lust-driven bops from this side of the continent. For the devotional “Wife”, he stretches out his melodies to match his impassioned delivery, a delivery form you can easily associate with Sauti Sol and former label boss, Diamond Platinumz.

Including the Nigerian acts featured, Harmonize brings together a colourful and diverse assisting cast for his debut. There’s Grammy-nominated, Jamaican reggae band Morgan Heritage, who echo the singer’s blue-eyed feel on the EDM-infused “Malaika”; Kenyan rapper Khaligraph Jones contributes a sixteen on the Wyclef Jean-sampling “Die”; while he duets with Yemi Alade over the blaring horns and rolling percussion of “Pain”. To his credit, these features only serve to compliment his fun-loving persona rather than drown it out. Even the guests that come in with an elevating presence—like Burna Boy on “Your Body” and his umpteenth collaboration with Skales on “Rumba”—have a positive effect on the songs without dampening the efficacy of Harmonize’s contributions.

For all of his musical trotting, Harmonize roots the heartfelt moments on the album back to his home. On “Mama”, his ode to mothers, 99% of his lyrics are sung in his native language—“I love you” are the only English words—but his performance echoes a deep reverence that’s quite moving. “Never Give Up” is undoubtedly the watershed moment of the entire album, as he tells his grass-to-grace story over an evocative Bongo Flava beat. Profound turns like this are far and few in-between the lightweight energy of the album, but Harmonize has always fancied himself an entertainer, and that’s standard he lives up to on ‘Afro East’. It’s an entertaining album from an artist who is guided—but isn’t getting carried away—by his crossover ambitions.

Listen to ‘Afro East’ below.

Next Article PREMIERE: Bella Alubo is sending a clear message in the video for “Don’t Trust Geminis”