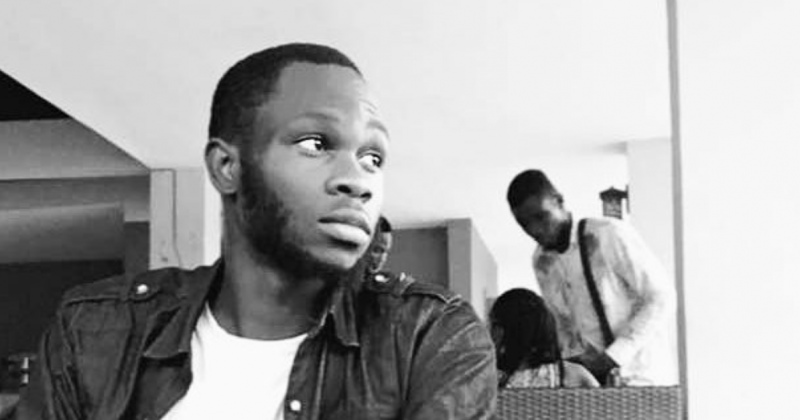 Essentials: Deelokz’ worries and thoughts are vast on “Vinyl Plays” and he writes accordingly

On his second body of work, Vinyl Plays, Deelokz tries to create something existing outside of time, while closely relating it to modern times.

The only description you’ll find on the Soundcloud page for Vinyl Plays, reads “a collection of timeless music that cuts across different moods.”

Categorically, this artist already makes clear the legacy he wants for his craft —one that isn’t affected by the passage of time or changes in this ever-evolving industry. Yet, that word ‘timeless’ raises a couple of questions.

Fusing rap, chants, spoken word poetry and very little singing, Deelokz floats through his 10-track project, Vinyl Plays released just two years after his first body of work titled, The Story of A Lonely Clown. His recent work is rich and transformative, centred on introspective mid-tempo pieces that aim to evoke a pensive ambience. This careful choice of melody, harkens back to mood-set places where some of our favourite musicians and ancestors (think, Count Basie, Earl Sweatshirt, Fleetwood Mac, Ratking, Lagbaja, Bob Marley, Raury and Roots) are or have once been.

Eyyy… it's finally here. Worked so hard on this project. If you download there's a digital booklet with poems and a short story. Just because….. Listen, download and enjoy.. this is my life right now. We move…. Art by @iamdollapo

On his new project, Deelokz entices us to stay away from the mundane, instead, spend time in grand places. On “A Short Protest”, Deelokz sounds like he’s prophesying biblical doom. Yet this is where he formally introduces you into this collection, when he chants over the talk drum in Yoruba, “heeee, Ati de” which translates into “We’ve/he has arrived”, on the track he also tells, “only the time that he’s about to die, does he feel alive, but he’s ready for war”.  “Broken Records” featuring “Mami-Water” rapper, Paybac (Iboro), is also introspective. It highlights self-destruction, as such you hear when he says: “my comfort zone is a haunted house”. “Reign”, the seventh track featuring Joel Prodigee, is one of the well-produced tracks on the lo-fi catalogue, kudos to Producer Alicks. On it, Joel and Deelokz rap about that collateral beauty that is difficult to see amidst pain and hardship.

The first track, “Quarter Past Heart Break” slowly begins with a light and airy tune, transporting you into a similar feeling you’ll get when listening to ambient music in Titanic. But when he begins rapping context into it, you’re pretty sure we are in 2017. The piano on “Gramophone Music” calls to mind emotions from watching an old-school Hollywood musical like La La Land. Like this, Deelokz balances familiar adages and melodies from the past, as such you hear on “Friends That Are Family” with relatable experiences on “African Night”; a mix of today’s music and that of the 40s/50s bound together to create Vinyl Plays.

The true test of music, however, would be the question of how many years later people will still be listening to the song/project for. So how do you make timeless music when/if the tracks haven’t been indeed proven and tested timeless? Another is do you plan to make timeless music or does music become timeless only after release, continued popularity and reliability?

A yardstick of evaluation is definitely to take a look at the patterns of top songs as such you hear from legends like Michael Jackson, Marvin Gaye or Arctic Monkeys and then follow suit to produce good music. But even then, what may prove to be erroneous is the assumption that music is timeless when it has resembling qualities with tracks that have indeed been christened timeless over time.

Deelokz’ desire is to be deemed as one that would transcend his time; he imitates rhythmic patterns and sub-woofer static you would hear on a gramophone or vinyl. Another artist who has similarly tried to register this kind of ambience is Lady Gaga, who recorded Joanne as an analog album, with traditional reel-to-reel tapes that originated in the late 1920s. He does a good job of recalling a part of that era without completely rehashing it —these tracks you’ll hear are remarkably modern too. But the dilemma here is even as he sounds and speaks with some level of gravity beyond his years, it sometimes feels a little too composed. This man Deelokz, purposefully wallows in complicated language. Maybe it’s me of course since I’m the listener and writer right now, or it is these poets and poem-enthusiasts who just wouldn’t say what they want to say in plain terms. Darnit!

Asides being a rapper, Deelokz is also a writer of poems and articles. You’ll find some in his digital booklet for Vinyl Plays. And as you know, creativity in poetry is expressed in metaphor and structure-rich language. His tone and writing style more or less reminds me of famed Journalist and author, Peter Enahoro.  I compare him to Pa Enahoro also because Deelokz’ sometimes writes with satirical humour and because he also feels like old African Literature, with many cryptic sentences that hinder understanding in a single sitting.

Deelokz addresses worldly, grounded issues from a personal view —stuff we can all relate to. His worries and thoughts are vast and he writes accordingly. Much like the quality of music Vinyl Plays emulates, the result does leave a lingering impression on the mind.

Stream Vinyl Plays via SoundCloud below. The music video for “Isoulation” will be out on his Youtube account in January.

Next Article Listen to Femi Kuti’s New single, “One People, One World”