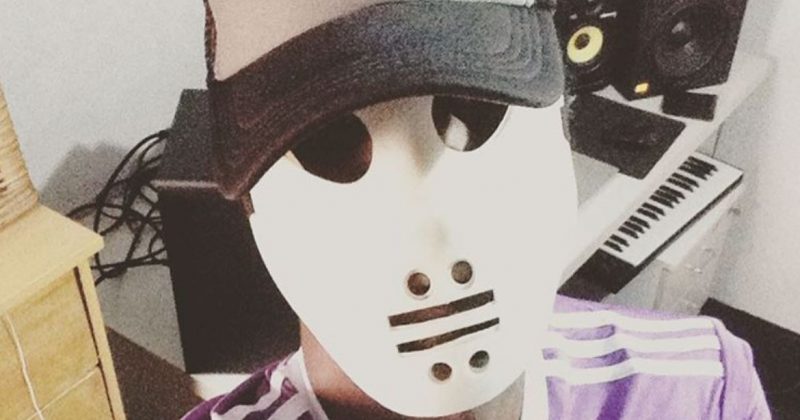 It’s sad when you discover ridiculously talented artists that don’t get the type of recognition they deserve. But that feeling quickly changes to respect when you realize that the lack of commercial acclaim doesn’t discourage them from consistently turning out new material. Nigeria’s underground music scene is filled with artists like Boogey, PayBac, Boyewa and a couple other exceptional artists who damn the circular audience and settle for deeply trenched niche following still instead.

New preject out link in bio or just check out my soundcloud.com/charliextreme

CHx has released a new project. Low scale PR for Young and Faded and Trappped, released at the end of February and March respectively, indicate he isn’t essentially looking to reach more people. He avoids the over saturated Afrobeat genre and hops for a more experimental and funky sound on his newest project, DRUMS, GUITARS & SONGS on RANDOM SH!T. His last EP went nearly unnoticed but the rapper/singer/producer doesn’t seem bothered in the slightest.

CHx doesn’t care about industry politicking and this reflects on the names of his releases like “It’s Whatever You Wanna Call It” which would explain how he came up with the name for the “preject”. , as he calls it on his instagram.

DRUMS, GUITARS & SONGS on RANDOM SH!T starts with “Get The Funk Up”, immediately announcing what direction CHx is taking the project. The electronic funk beats are designed for Soul Train inspired dance floors and Jay Okoi sings a melodious set using a classy “get up and work” double entendre. PayBac and Boogey are regular features on CHx projects and their verses on “Get The Funk Up” proves why. There seems to be a friendly competition between the Lost and Found trio that always leads to good quality collaborations.

Ria Sean features on “Ain’t Enough”, the 5th track of the 10 track project. Her high pitched screaming voice set on up-tempo electronic beats delivers a pop song. Though the beat is energetic and light, the the message of the song is carried by Ria Sean’s crying voice while CHx plays background hype-man on the track that listens like a love song from the 90’s.

Most of the tracks on the last half of the project have no features giving CHx a chance to show off his vocals aptitude. The last track, “Mr …” is one of the tracks with no features and it is an hybrid of RnB dance club pop beat. CHx brings Backstreet Boys feels with his pseudo-emotional lyrics that seem intent on moving the listeners to tears while still tapping your feet to the catchy rhythm.

CHx’s DRUMS, GUITARS & SONGS on RANDOM SH!T contains everything fans already loved about the producer plus a few throwback leaven tracks for the 90’s kids. Listen to the Charlie X’s new project here

Next Article The Bumplist: Playboi Carti, Odunsi, Yemi Alade and 8 other songs you need to hear this week