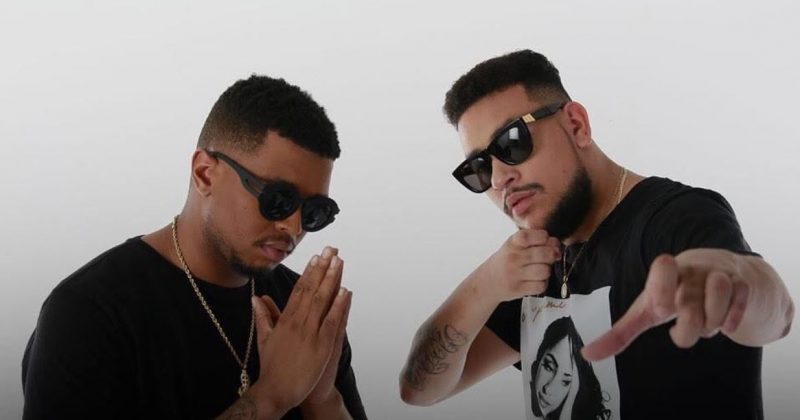 Essentials: AKA and Anatii’s ‘Be Careful What You Wish For’ is exactly what we hoped for

Rapper’s need a bit of larger-than-life confidence to pull off hard bars or sell brags about wealth and influence. Semantically this means when you put two MCs in the same room, there is bound to be friction and bruised egos. But while diss tracks have often fueled the biggest conversations in hip-hop, there is an understated appreciation for what happens when rappers decide to do the opposite of beefing: collaborate. The success of Jay Z and Kanye’s Watch The Throne and the clamour for J.Cole and Kendrick Lamar’s proposed collaborative project are prime examples of how fans react to rappers deciding to work together instead of ripping each other apart. South African rappers, AKA and Anatii, have seen both sides, with a beef in the past and the recent release of a collaboration album, Be Careful What You Wish For .

The journey to the Be Careful What You Wish For may have begun back in 2015 when they recorded “The Saga”, a song that established Anatii in South Africa’s hip-hop scene when it peaked at #1 on iTunes. But AKA’s call-out single for rappers from the South “Composure”, came shortly after, debunking beliefs that all was well between both rappers. However, saner minds have prevailed and you wouldn’t guess there was ever any rivalry between them from listening to the 10 track album.

Releasing “10 Fingers” in January and “Don’t Forget To Pray” in May, AKA and Anatii have been working on their album for quite a while but still had to shift back the album’s release date from the 14th of July to the 28th. The move only heightened fans’ expectation for the superstar team up album to almost J Cole-Kendrick album rumors level but they eventually came through confirming the spiritual theme the pre-released singles already hinted.

“Bryanston Drive” is the first track on Be Careful What You Wish For and for those who haven’t heard their previous collaborations, their chemistry might come as a shock given their solo careers. Anatii’s mid-tempo production allows both rappers to shimmer as they narrate their come up from the bottom. This started-from-the-bottom theme resonates through the album like Anatii’s “Mama Used To Tell Me Take Your Feet Off The Couch/Now They Look At Me Like The Man Of The House” line on “How You Like Me Now” and AKA’s “Elevated To My Dollar Suite” on “Holy Mountain”.

The scriptural nature of BCWYWF feels almost unplanned as their lyrics on most of the tracks only scratches the surface of the religious theme. Singing, “Do You Know That God Is One The Way?” on “Don’t Forget To Pray” and using biblical metaphors and imagery on “Angelz”, the religious underlying listens more like a commercial gimmick than any sort of message. “Jesus Plug” highlights their ruse when their showy gags drown out the attempt at giving praise to God.

AKA and Anatii branch out to dancehall on the 5th track, “Camps Bay” where they embrace Afropop in all of its whine-friendly wholeness. Confident in their vocal dexterity and Anatii’s synth based production and its Caribbean harmonies, they perform the love song without any assistance from established Afropop artists. And while they manage to pull it off, one can’t help but imagine if the track would be more memorable with a Wizkid verse or chorus.

Be Careful What You Wish For is a light-hearted and fun album, presumably released on demand by fans who requested both rappers work on a joint project. Though the absence of features might leave a little to be desired from a superstar team-up, there’s plenty to enjoy nonetheless.

Listen to the album below.

Next Article The Meaning of Birth according to Lagos singer-songwriter, Falana