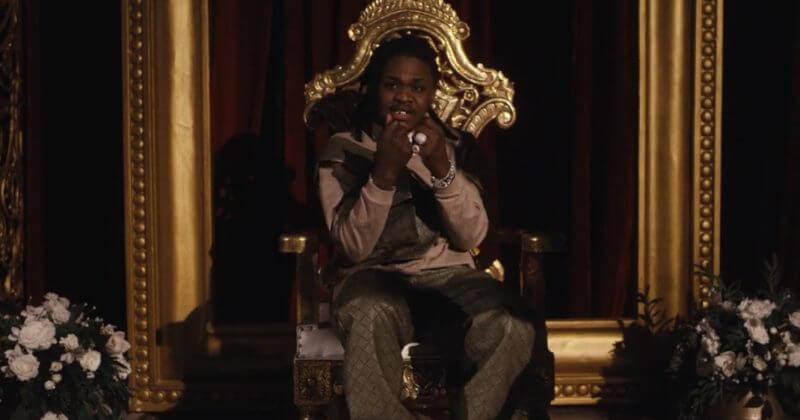 Throughout this year in lockdown, artists have found a way to hack the perfect sound that easily lends itself to social media challenges that have slowly brought songs to even wider prominence. A Dice Ailes’ latest single, “Money Dance” has been one of such songs, with the catchy Afropop record racking up quite the impression on TikTok so far.

The song finds Dice Ailes twirling around hedonistic reflections on his success as he channels a rap-like swagger that allows his deadpan, detached melodies to sound cool as he mocks his opposition; “You Can Never Do The Money Dance. For the newly released accompanying video, we see as all his flexes come together.

Directed by Ibidunmi Oladayo and Eniola Yussuff, the video is set at a movie theatre where Dice shows the audience how to do the money dance as he sends wads of dollars flying around. He’s also featured in the film showing on the big screen, where we see him riding in different flashy cars, and leaving behind a trail of dollars as he speeds off.

The accompanying video visualises the song’s appeal, giving it new life from the viral success it has seen with the dance. While the dance remains the song’s focal point, the video does more to show off Dice’s flashy lifestyle, and maintain that he’s a cut above.

ICYMI: Dice wants you to join the money dance challenge

Next Article NATIVE Exclusive: Made Kuti is moving Afrobeat forward