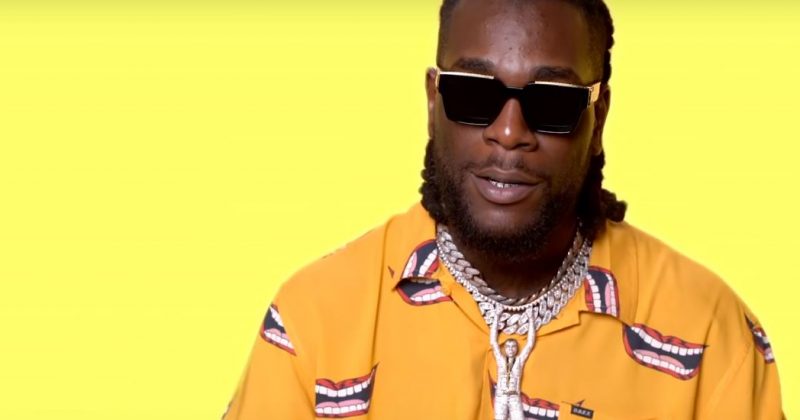 Dave and Burna Boy were invited to the Genuis studio to breakdown the lyrics from their “Location” hit song. Both artists explained how the song came to be and the experiences that informed their lyrics. The collaboration from Dave’s ‘Psychodrama’ album grew to become the song of the summer with over 102 million Spotify streams to date.

Victor AD became synonymous with politically conscious music when he debuted, “Wetin We Gain”, in 2018. He retains a socially conscious direction throughout his discography and it made him an interesting feature on DJ Neptune’s new single, “Tomorrow”. The song is an invitation to celebrate the good times, and Victor AD makes sure to remind listeners to ignore all that’s wrong with the country.

Fans of rap beef started the year on a high. Wiley and Stormzy made the grime scene in the UK more entertaining with their diss records. Stormzy’s “Still Disappointed” listened like a killer blow when it was released last week and we heard the most disrespectful bars addressed at Wiley and his family. Wiley’s warning to rip Stormzy’s mom’s weave in Croydon shopping centre seemed to have touched a nerve as the BRIT winner took a break from his tour to respond with “Still Disappointed” music video.

Eva Alordiah reminded fans and everyone that would pay attention that her bars are still a force to reckoned with. Her latest release, “Friend or Foe” finds her bragging about her acclaim over a spacey trap beat that makes you imagine what a Travis Scott feature would sound like. Her boasts are made even powerful with the music video that shows other women chanting the lyrics like a confidence-boosting mantra.

Sinzu teamed up the new rave on the street, Zlatan, for his new single, “Zanku Zu”. Czure produced the catchy beat for the dancefloor-ready bop and the music video shows dancers performing different Zanku moves along with the artists. The video was shot in Houston, Texas and directed by Star Power Studios.

“All of You” was one of the standout tracks when Joeboy released his 5-track EP, ‘Love and Light’, last year. The romantic song came with a cute visualizer video that made rounds on social media. He made sure the song’s romantic allure lasts through the coming valentine season with a romantic music video that sets him and his lover in a grocery store. Just where you’d expect Saint Valentine to be most prominent in the coming weeks.

0000
Previous Article Grammys 2020: Everything you need to know about the albums in the World Music Category