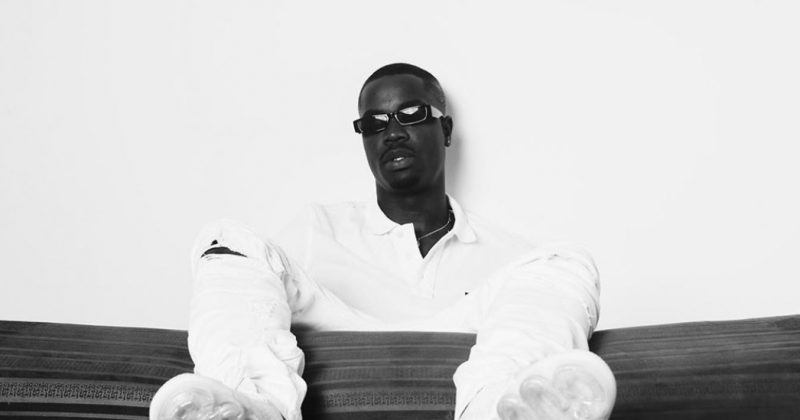 La Même Gang is fast becoming Ghana’s pride as a fully-functioning and formidable creative collective, and last weekend was a big one for them with two of their members dropping new projects. Over the years, Darkovibes has become one of the crew’s standouts, and has gained steady momentum over the years.

Over the last year especially, the talented artist has shown his abilities as a formidable rapper as any other, with his clever wordplay on Runtown-assisted “Mike Tyson” and later on his knack for sweet talking on more romantic cuts like Mr Eazi-assisted “Come My Way”.

To kick off 2020 properly, he’s just dropped his debut album, the 14-track ‘Kpanlogo’ which sees the talented artist on his steady uprise to being one of the most prolific artists from these parts. He fuses hip life with afrobeats and trap influences for a truly enjoyable listening experience with assists from Mr Eazi, Runtown, Peruzzi, Kwesi Arthur, King Promise, Mugeez and more.

On the inspiration behind his debut studio album, Darkovibes shares with us via email:

“I chose the album title Kpanlogo because not only does it reflect my heritage as a Ghanaian artist, it also reflects the mode of the album and myself. I reference culture and movement, but with a fresh twist – just like when urban youth started doing the Kpanlogo dance in the 1960s – it’s about the future, and the past simultaneously.”

On the project’s opener, “Available”, Darkovibes addresses a potential love interest by switching up his signature sharp for a mellow number infused with delectable ambient synths. ‘I never lie/I’m not a liar’ he croons, trying his best to convince this woman of his interests in a deeper romantic relationship with her. This is similar to themes he explores elsewhere on “Different” where he stresses the importance of honesty in an intimate relationship between two people.

Standouts like pre-released single like Runtown-assisted “Mike Tyson” and “Come My Way” featuring Mr Eazi take on new shape in the context of the album, becoming instant favourites with replay value. Although Darkovibes mostly explores themes of romance, the project is not without its upbeat party starters which are sure to get anybody off their feet and moving.

On “Wish Me Luck”, he admits to sometimes chasing after toxic love, as he seeks out a ‘devil in the sundress’.  One of the project’s most hypnotic tracks, “Fa Ma Me” featuring Peruzzi sees both artists croon explicatively about their attraction to beautiful women. The title which translates as ‘give it to me’ reflects the equally sex-positive lyrics in the track.

Darkovibes sticks through to his aim of reflecting his heritage, by infusing a mix of traditional Ghanaian hip life beats with contemporary sounds and youthful, modern subject matter. On “Sister Cee”, he offers up an emotional tribute to his late mother, including a poetic insert.

Darkovibes ends the project with the gratitude-filled single “Medaase” on which is full of thanks to everyone who has helped his musical journey from his cult, La Même Gang to even his family and all the producers and DJs involved in creating this project.

All in all, Darkovibes’ debut project shows the inner workings of a talented artist who is at tipping point. His knowlege and understanding of his craft is effortless, and his ability to smoothly switch between English, Ga, Twi and pidgin makes the project appealing to absolitely everyone.

At the end of the project, one thing is clear: Ghana is now, and Darkovibes is leading the charge.