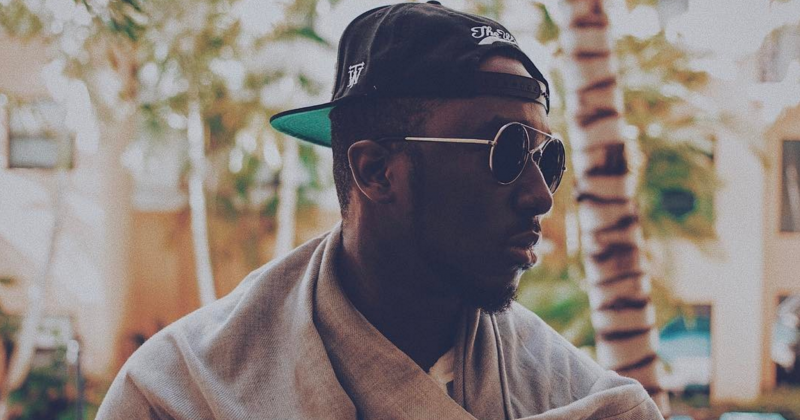 Daramola is really on some other shit in 2017. He’s put out a critically acclaimed album and an EP after that is both familiar to the average Nigerian but also entirely experimental. There’s a fire burning inside the man and he seems desperate to channel all that energy into his music, putting single after experimental single out, working his way through the genres while retaining that his distinct Yoruba influenced musicality. And as we’re writing this, he’s just upped and surprised us with yet another one, “Swim Float Drown”.

The first thing that jumps out at you on Daramola’s new single, is the sombre tone he deliberately cultivates. Flirtations with Kanye West’s My Beautiful Dark Twisted Fantasy era, bring a mix of noirish Gothic ambiance, bass chants and minor choral harmonies, but brought firmly into the present through electronic manipulation and synth accompaniments.

“Swim Float Drown“, is much darker than much of Daramola’s catalog, chronicling the fracturing of a relationship thanks to a self destructive protagonist seeking comfort everywhere but his lover. He name checks Norse mythology (Valhalla) and 90’s postpunk with the rapid fire, emo verses that build and build but never crescendo. But “Swim Float Drown” is at it’s most Kanye at its very end; big guns, auto-tuned sung monologue, despair in excelsis.

Who knew the dark could be so delightful.

Next Article Listen to “Blood Money” by Bridge and Zamir