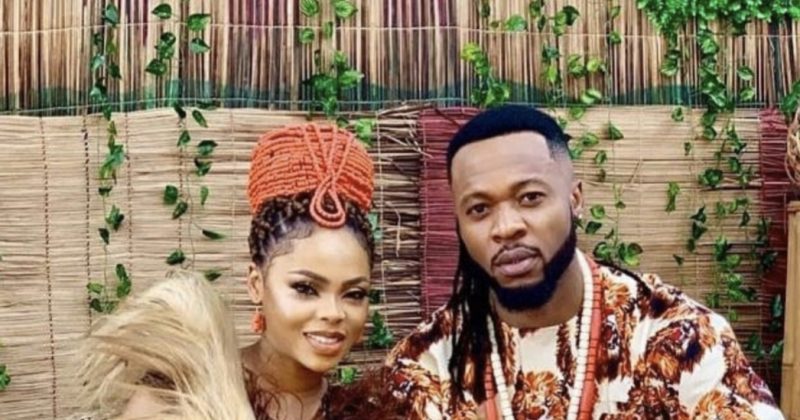 Watch Chidinma and Flavour In the romantic video for their latest single, “Iyawo Mi”

Since releasing their joint EP ’40 Years Everlasting’ last month, Chidinma and Flavour have been steadily releasing videos for the tracks off their EP. Clearly with no intention to slip under the radar, they have just released an accompanying video for one of the EP’s standouts, “Iyawo Mi”.

The music video for “Iyawo Mi” takes us behind the scenes process of creating their EP as well as a closer look at how the music videos for singles off their EP were made. ‘Iyawo mi, God bless the day I found you’ Flavour sings romantically expressing his feelings for his new wife, as clips of himself and Chidinma are shown as they record in the studio. We also get to see clips from their traditional wedding, with the pair passionately caressing each other during the day. Chidima joins Flavour on the next verse, which she sings in the Igbo language, while showing off her impressive vocal range.

Watch the music video for “Iyawo Mi” below.

ICYMI: Chidinma and Flavour deliver a stunning duet in the music video for “Iyawo Mi”