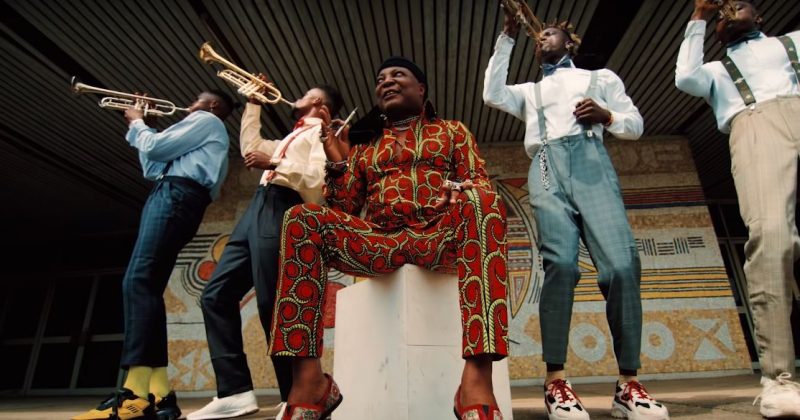 We’re heading into Mercury’s first retrograde of 2020, and you’ll notice some changes in your day-to-day which can throw you off balance. What you can rely on in this retrograde, however, is our weekly curation of the best videos across popular culture in the past week to distract you from your woes temporarily.

This week, Charly Boy & Falz join forces for some social commentary on religious leaders, while across the globe J Cole released a basketball-themed short film, “The Dreamer” in time for the NBA All-Star Weekend.

After their individual contributions to Nigeria’s socially conscious music catalogue, Charly Boy and Falz have teamed up for a new song, “God of Men (Fake Pastor)”. On the track, they address some religious norms, brought to life by the accompanying music video directed by Unlimited L.A. Starring Nollywood favourites such as Segun Arinze, who plays a pastor performing spiritual exorcism for his congregation, they were clearly aiming for the jugular and it worked.

Arizona Zervas has been taking over the charts and airwaves since his breakout single, “Roxanne”, was released last year. After going viral on TikTok, peaking at No. 4 on the Billboard Hot 100 and getting certified double platinum, the American artist has followed up with a music video directed by Nicholas Jandora. The video is set in a desert, and finds him waking up in a motel room before living through different scenarios with his high-maintenance girlfriend, Roxanne.

Bosom P-Yung first rose to some prominence after his animated performance on “Flowrhythmz Show” turned into a meme and was shared across social media. His latest release, “Odo Ndwom” doubles down on his passionate singing with the video Gordon Appiah directed. The bottles of liquor shown in the video provide context for Bosom P-Yung’s emotive performance.

Over the weekend, J Cole released a basketball-themed short film, titled “The Dreamer”, just in time for the NBA All-Star Weekend. The nearly-5-minute long clip is in collaboration with Puma, who are launching a new basketball-inspired collection. While Labi Siffre’s “My Song” and Billy Joel’s “Vienna” serve as the soundtrack, we watch throwback footage of J Cole taking shots before we see present-day J Cole sinking a bucket.

“For Coloured Girls” was one of the standout tracks from ‘3T (Things Take Time)’, YoungstaCPT’s album debut. The South African rapper has now released the music video for the rap song and as the title suggests, it’s a tribute to the girls of colour. His Dale Fortune directed music video also stays on theme and it features women of colour smiling on a beautiful and sunny afternoon.

The anticipation for Wes Anderson films is heightened by his often exciting direction. His latest film, “The French Dispatch”, was no exception after the trailer gave us the first look at the new tricks he has up his sleeves, in the world of Andersonian chaos.

ICYMI: Falz’s “This is Nigeria” says a lot about Nigeria but not enough