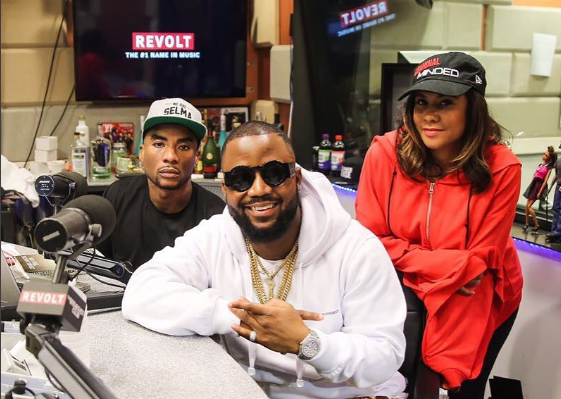 Cassper Nyovest is on the move as he promotes his new album, Thuto. Sitting down with the hosts of The Breakfast Club on Power 105.1, Cassper gave the 411 on his new album, relationship and his connection to the infamous Kanye West.

In the U.S. for a few shows, he made a brief stop to chat on the radio with Dj Envy, Charlemagne The God and Angela Yee. Pulling out his African swagger, he discussed how his girl got to find out about his cheating via the one place nobody would expect- his song. The details on how the bust up went were never completed.

Prodded on the subject of his beef with AKA, he kept his lips sealed as he claimed the position of Mufasa and tried his best to create distance between their positions on the rap scale. In between fielding questions about the album and discussing his #FillUpFNBStadium, he explained the confusion around his floating stage idea stating that he had gotten the idea first and without calling Kanye out, implied that Kanye jacked it the following year causing people to give him the side eye just because it was Yeezy.

Next Article Essentials: AKA and Anatii’s ‘Be Careful What You Wish For’ is exactly what we hoped for