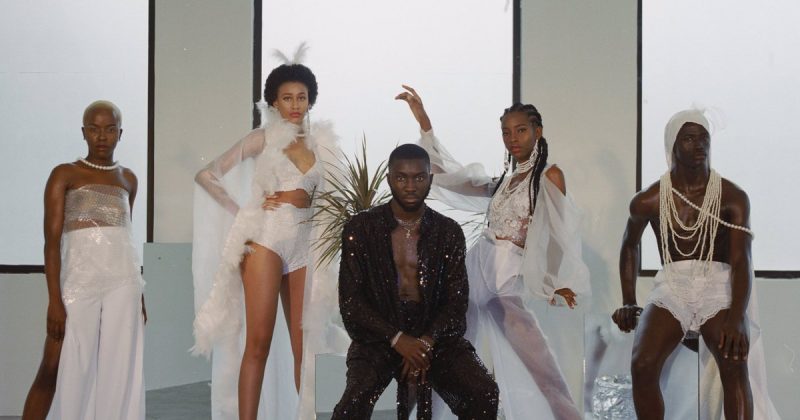 The roll-out for Odunsi’s new album ‘rare.’ has been so meticulous. Fans have been curious about the singer’s moves since the blue album art with the lone word ‘rare’ first went viral. The anticipation only peaked even further when a disco-themed trailer officially announcing the project along with featured acts dropped last month. Silently, the whole music industry has been at the edge of its seats for what to expect from Odunsi who is now one of Nigeria’s most promising artists.

Thankfully, signs the long wait for a debut was coming to a close came earlier last week, when Ghanian fans were hosted to a listening party in Accra. Odunsi has since hosted a few fans to an early disco bus listening in Lagos, and last night, he had an intimate evening with a few friends to enjoy the album once more at Whitespace Gallery.

For everyone else who has been a part of the long wait for the project to drop, all you need to know is that the project wraps up under 40 minutes and boasts of guest appearances from Davido, RunTown, Nasty C, Tay Iwar and others. You can you now stream the 14 track project on Apple music here: