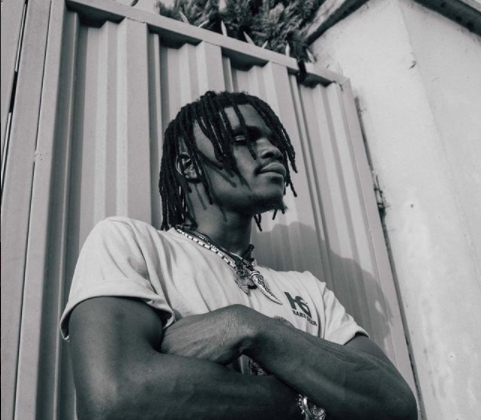 BrisB’s “Stop Smashing The Same Broads, Bro” is pushing the boundaries of problematic

For the umpteenth time you guys, a woman’s self respect is not tied to her vagina. Wanting the same political, social, and economic opportunities as men and looking to not be denied opportunities or discriminated against for the absence one extra appendage does not come with a chastity belt all feminists must be made to wear. But if BrisB had his way, women who have had more than one sex partner have no business demanding the equality feminists seek.

It’s not so much that he’s shaming the idea of feminism, it’s that somewhere in his misogynistic hip-hop universe, he assumes that women that don’t fit into his idea of ‘purity’ trivialize the feminist movement. His latest release, a freestyle titled, “Stop Smashing The Same Broads, Bro” attempts to debunk Hip-hop’s ‘crew love’ myth but he may have gotten too carried away.

Seconds into “Stop Smashing The Same Broads, Bro”, it goes from champagne showers to golden showers when he starts to rap;

” Miss independent but you depending on me for commitment. Now she tweet that say she be feminist, she reminisce her hustle bumping on some reminisce, kind of be smoking and driving what her daddy bought her, not by blood relation, just by some relation”

Yes, BrisB, she can tweet about being feminist whilst smoking in the whip her ‘daddy’ got her. She can be feminist and be a “sugar baby”, if that’s what she wants. There is no spectrum of feminist worth centered on women using sexual capital for benefit or not.

Of course rap is frequently sexist (most pop songs are) but the rest of the song isn’t even good enough to blindside anyone from the ugly lines and cringe-worthy ideas.

01200
Previous Article Biddysings may have beat us to escaping reality with”E.T”

Next Article Essentials: Bella Alubo and YCee get in their feels for ‘Late Night Vibrations’ EP