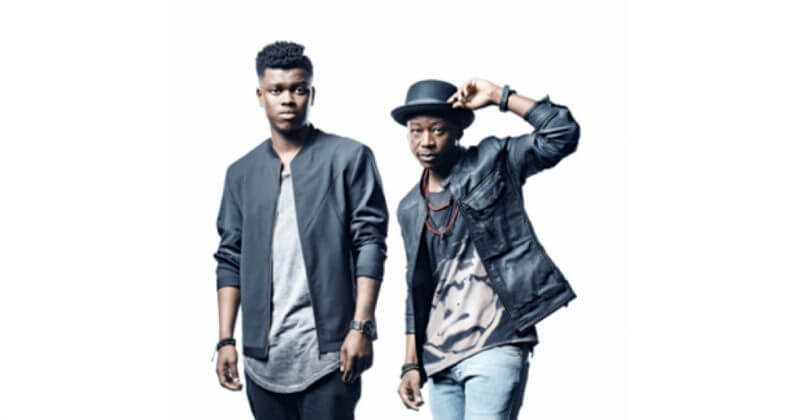 Since its formation back in 2010, SA music duo Black Motion have been on the cutting edge of South African house music, pushing the ledger as one of the more inventive acts within the broad genre with each new release. The producer/DJ group, comprising Thabo “Smol” Mabongawe and Bongani “DJ Murder” Mohosana, released their debut full-length, ‘Talking to the Drums’, back in 2011, and they followed up with four more LPs over the course of the last decade, building one of the most significant catalogues in African house music.

This year, the duo have been celebrating the decade anniversary of their formation, hosting a 2-hour virtual performance in June, and hosting a somewhat low-key live event in August. All of this has built up momentum for their newly released sixth studio album, ‘The Healers: The Last Chapters’. Due to its subtitle, there were initial speculations that this might be Black Motion’s final album, but the pair have quickly debunked the rumours. “Unfortunately for some and fortunately for others, there’s no split. The Last Chapter simply says we’re closing the [last] 10 years”, they have stated.

There's a lot of pressure putting an album out all over the world and hoping that people everywhere will like it. Thanks for the LOVE..!

According to the duo, ‘The Healers: The Last Chapter’ is the closing arch to the narrative they started with their first work. Across their albums, Black Motion has established a spiritual connection to their music, using each full-length to provide insight into their progression to becoming “traditional healers” through their music. As the final part of this narrative, ‘The Healers: The Last Chapter’ is a hefty and befitting closer, a sprawling album that stands at 41 tracks long, with 14 of them being radio edits of initially longer songs.

‘The Healers: The Last Chapter’ is packed with guest features from Sauti Sol, DJ Maphorisa, Kabza De Small, Msaki, Ami Faku, Sun-El Musician and many more. “Each album represented a chapter, so we’re going on to a new book now”, they explained to Apple Music of the album’s overarching significance. “If you want to understand us, you’d have to understand us via this book. If you look at it as a journey, you’ll understand our story”.

Listen to ‘The Healers: The Last Chapter’ here.

ICYMI: KABZA DE SMALL’S ‘I AM THE KING OF AMAPIANO: SWEET & DUST’ IS A CREATIVE LANDMARK FOR AMAPIANO