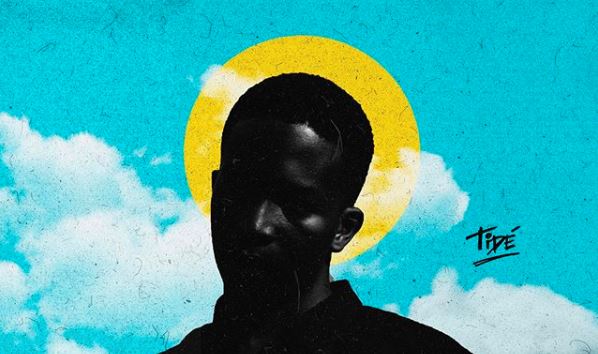 Sometimes you need songs that indulge your bleak and melancholic side, and Tide proved himself an expert at it on “On God”, the 3rd track from his debut EP, ‘BABYLØN’. His youthful vulnerability, writing lyrics informed by personal experience, make the 6-track tape seem like an invitation to read the singer’s diary as an artist still struggling to get recognised for his talent.

Good day, The project BABYLØN is now available on platforms, please listen, share and have a blissful weekend. big ups to everyone that helped bring this project to reality @beatsdamie @phil_the_sound @presidentjaga @bidemipopson 🙏🏽💙💙⚡️⚡️⚡️LINK IN BIO

Instead of moping in the sadness of his reality, he turned those dark feelings into something beautiful with “On God”, where he detailed his ambitious intentions. The sparse mix produced by Damie creates a haunting soundscape over which Tide weaves poetry that drifts between unsettling and comforting; “I done seen a lot/ I’ve been through a lot/ On God/ On God”.

The airy production, trippy sound effects and Tide’s ethereal vocals give “On God” an otherworldly feel. However, it’s a direct contrast to his lyrics, which remain effortlessly human as they allude to the struggles the average person on the street deals with to survive. Though most of his lyrics are in English, he infuses popular Nigerian streets slang like “Ma lo fo” and elevates the song to a sonically appealing hustler anthem for everyone on the street.

Stream Tide’s “On God” below.

0001
Previous Article Listen to Davido’s first single of the year, “2020 Letter To You”