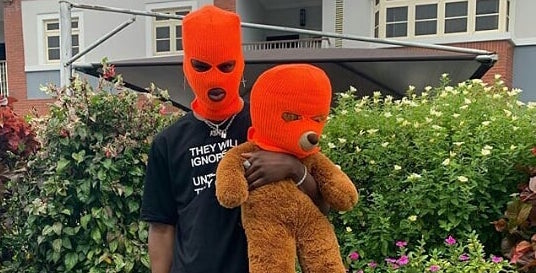 In the past few days, Rema has been doing press rounds for his new EP Bad Commando, his third 4-track project of 2019. It’s worth mentioning that with Bad Commando, Rema has now successfully released 12 new tracks within less than a year, 6 of which are currently listed on the iTunes chart.

Lately, there have been rumours that Drake’s OVO imprint is looking to sign the young rapper, and our pick for this week’s Best New Music “Rewind” leans in to these rumours, leaving us wondering whether to expect OVO Rema anytime soon.

The catchy tune sees Rema realising that he’s currently having a rockstar moment only a few have enjoyed in the last decade. Produced by 1Mind producers of Swae Lee’s “Unforgettable”, and Oliver, Drake’s right-hand man and co-founder of OVO, who is also credited as a co-producer, Rema offers a snapshot of his struggles.

Socialising with his surroundings—Nigeria—where nothing is ‘organised’, comes at the price of mental peril. The government plays ‘Political Poker’ with the lives of the masses, and to cap it all, the responsibility of giving hope to the people falls on the shoulders of young outliers like him.

On the dance-inflected hook that holds the track together, Rema is not oblivious to the fact that wearing expensive jewellery or basking in his newfound adoration from the public would raise eyebrows. Still, he puts everything in an optimistic perspective, on the closing bridge singing: “But no matter the sorrow, there is a better tomorrow/ And I look out the window, dancing like I just won a lotto”.

All of this is a completely fair summary of Rema in this form, as Nigeria’s fastest-rising superstar. He understands he may not be where he wants yet, but he acknowledges the hope that tomorrow promises because he’s living proof of how everything can change in a twinkle.

Stream “Rewind” via Apple Music below:

0000
Previous Article DJ Neo, Ajebutter 22 and Prettyboy DO’s “Side Nigga” will make you consider getting into a serious relationship