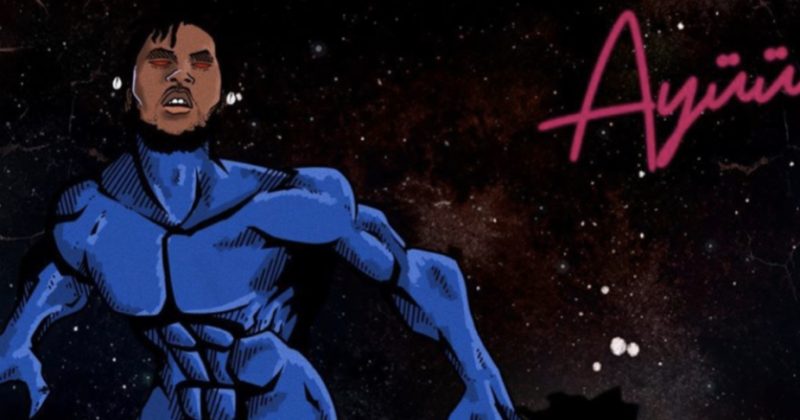 Apex Village singer, Ayüü has been teasing his forth project Ayüüniverse on social media for a while now, and his illustrated rollout began with various young artists and producers announcing their involvement on the project by ‘activating’ their comic superhero character.

The all-star line up includes artists like Lady Donli, Tay Iwar, Wavy the Creator, Psycho YP, Famous Bobson, Apex Village as well as producers such as Le Mav, Trill Xoe, Doz and Tobay. Alongside this, Ayüü has revealed that he will be releasing a new single on December 12, as well as a pre-order link but with no further mention of when the project itself is due.

His last project ‘Mango Juice and Bad Decisions’ had an entirely romantic direction, and his upcoming project’s futuristic superhero theme raises questions of which side of the talented Abuja-based artist we will be seeing next.