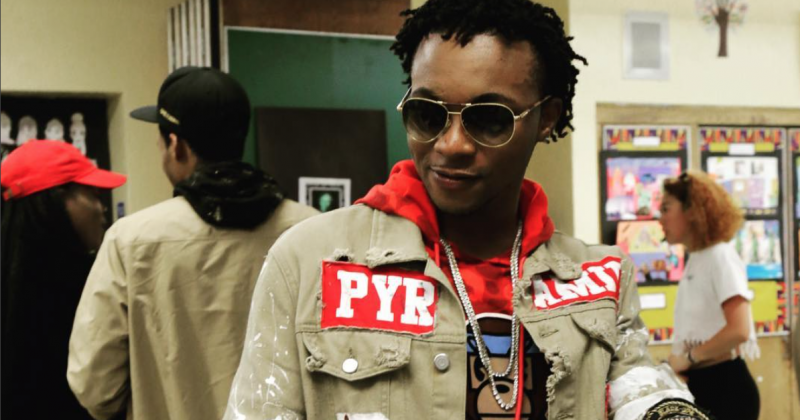 There is an actually hilarious scene from Ayo Jay’s new video where a priest and two nuns whip the ‘Nae Nae’ with reckless abandon. But that’s just one oddity in a series of disjointed clips from Ayo Jay’s “The Vibe” . Elsewhere there are allusions to Neo from the Matrix, high school classroom scenes that later transition into a club and a break-dance closing scene at night shot in a parking lot.

Official Video for 'The Vibe' out now. Directed by @thamegaboi. Link in my bio #TheVibe cc @onenationrecords

Is there an implied story here? That question seems as unimportant as the opening sequence where a spaceship jettisons Ayo Jay onto the face of the earth with the sole mission to spread the vibe to the world.

Though much of the video plays like a cocktail of ideas from similarly themed Chris Brown videos, the actual music is unbothered by the confusion of its adjoining video. Ayo Jay is still keeping much of his Nigerian drawl, his attention however, seems to be focused on waxing melody primed for the dance floor. “The Vibe” is Ayo Jay’s second single of the year since “Want You” dropped earlier in the year, and the singer has managed retained a certain level of texture consistency.

This video however, seems like an unintended misstep, an especially major fail considering he is credited to the story at the start of the video.

See the video for “The Vibe” below.

ICYMI: Maleek Berry has “Been Calling”

Next Article Boogey taps Tay Iwar for “Liquor Nights”, an ode to alcohol