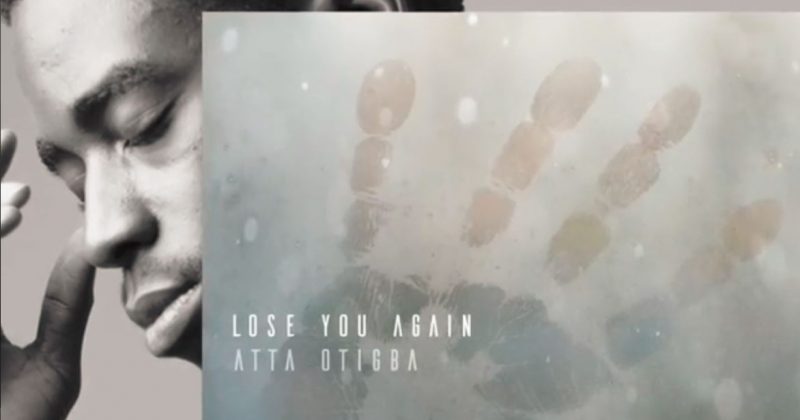 We are in a climate where infinite musical choices are a click away, making artist prone to hawk their product and brand incessantly across media platforms. The fear of overexposure has been replaced by the fear of being forgotten entirely, and artists—alternative or otherwise—have reacted by shoving themselves in the face of their audience to the point of exasperation and passivity.

But Atta Otigba isn’t like most artists, he’s more renowned as a producer and a composer, credited for his works on songs by Ilaye, Bemyoda, Lindsey Abudei, Chocolate City’s Rudy Gyang. Yet, as an artist, his music releases are often underappreciated, with the media reception undermining his competence. For his latest release, “Lose You Again”, the first thing that hits you is his melodic voice over the beautiful sound of the soothing beat as he makes a promise and affirmation to a lover, “I’ll rather not have you than lose you again”.

The slow rolling mix of guitar and piano harmonies he produces will curve any doubts you’ve had about the glory of folk music while his deft songwriting narrates a romantic tale of emotional turmoil with fairytale-esque allegory. What makes “Lose You Again” so captivating however is how it can amplify whichever end of the romantic scale you’re in—enthusiastic or over it. Though his emotional performance is convincingly endearing, you get the feeling he might not actually be interested in any sort of relationship with said lover.

You can stream Atta Otigba’s “Lose You Again” below.

ICYMI: Ilaye’s “Shut it Down” is a blissful deep-soul ballad

Next Article Tekno heads to Makoko for “Jogodo” music video