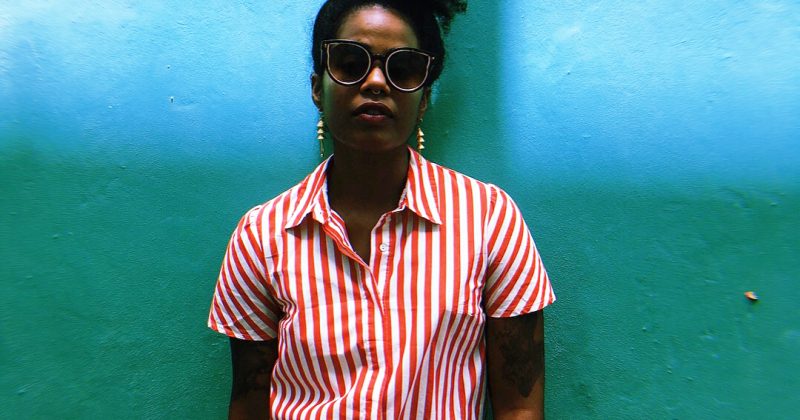 Nigerian writers have been taking the international literati scene by storm, getting spotlighted by international award bodies and getting big co-op TV nods. While we are still waiting for George R.R. Martin’s HBO adaptation of Nnedi Okorafor’s sci-fi novel, “Who Fears Death”, it looks like another Nigerian author’s book is getting the Hollywood treatment with Akwaeke Emezi announcing working with FX to adapt their “Freshwater” novel into a series.

carter + emezi, by the phenom @kingtexas 🙌🏾✨💥 i am utterly delighted to share that we’re working with @fxnetworks (and the execs who brought you @atlantafx!) on FRESHWATER, the series 🌊🌊🌊 so honored to be both writing + executive producing this project with the brilliant force that is @tamarapcarter 🎊 we’re incredibly hype for this journey! send us all the good vibes + inshallah, we’ll be bringing ada, asughara, and saint vincent to your screens before you know it ✨🌊 #freshwaterseries

The non-binary writer made the announcement on social media last week, explaining that they would be writing and executively producing the project along with Tamara P. Carter to bring the surreal novel rooted in Igbo cosmology to TV screens. The novel explores Igbo traditions, spirituality, identity and mental illness as the heroine, Ada, a Nigerian student in her final year of college, becomes aware of her multitudinous selves and has to make peace and accept that she’s “A village full of faces and a compound full of bones, translucent thousands”.

Though the series is still in early production, the book has made a rockstar of Akwaeke Emezi, earning them a place on The Women’s Prize 2019 longlist of 16 books written by women from across the globe, speaking on different themes of femininity and related topics. “Freshwater” is also a finalist for the Lambda Literary Award for Transgender Fiction, the NYPL Young Lions Award, and the Edmund White Award for Debut Fiction.

0000
Previous Article Latin pop-star, Becky G and Digital Farm Animals feature Davido and Rvssian for “Next To You Part II”