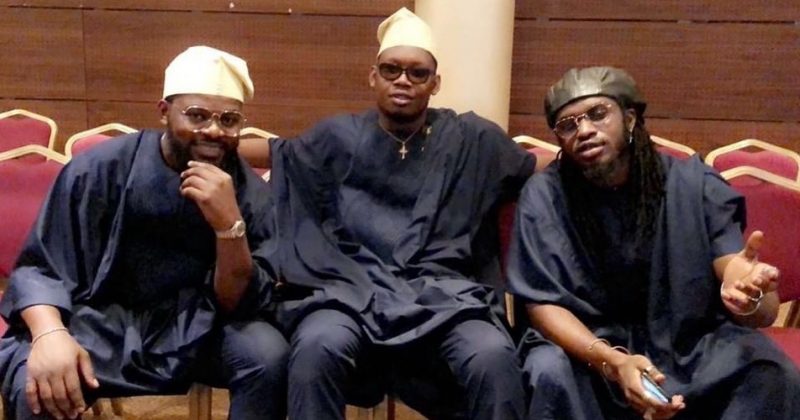 Ajebutter22 and BOJ effectively broke into mainstream ears after the success of their 2012 collaboration, “Omo Pastor”. While they’ve gone on to work together a few more times since then, the pair finally fulfilled the wishes of fans eager for a joint project with last year’s EP, ‘Make E No Cause Fight’. On the 5-song project, BOJ and Ajeutter play off their dynamic energy as collaborators to create some anthems for last summer.

Considering that the ‘MENCF’ was short and sweet, it’s exciting that the duo are returning for a sequel, and this time around they’ve included Falz into the mix. While BOJ and Ajebutter have been teasing a second project, they finally confirmed ‘Make E No Cause Fight 2’ will be released this Friday, with the addition of Falz coming as a surprise.

All three artists have worked in varying combinations, but never together on one song. With the positive reception from previous collaborations, we’re looking forward to what a full project between all three would sound like. There’s currently no tracklist for ‘MENCF2’, but we’re confident that we’ll be getting bops.

Check out the announcement teaser here.