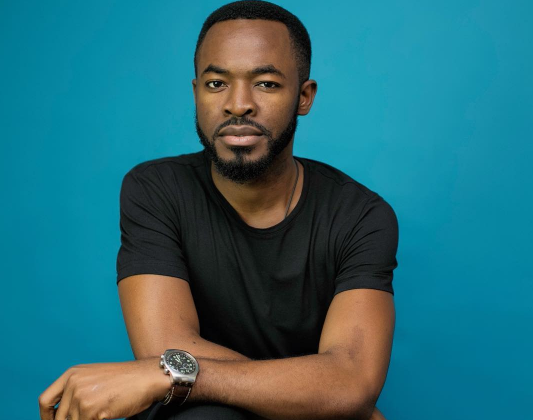 Actor O.C Ukeje just put out his first single, proving just about anybody can make an Afropop song

Here’s a little bit of history for you post millennials who only really got into African cinema because of New Nollywood; In the early 2000’s, Nollywood was coming into its own as a global heavyweight and creating its first crop of celebrities whose fame came solely from their acting careers. A lot of money was flowing into the industry and directly into the pockets of the producers, instead of being distributed fairly proportionately between the people who actually ensure these films are profitable (not that much has really changed today). Global exposure (i.e, the internet) gave a handful of these actors whose faces were selling out VHS batches just how influential they are and just how much their international counterparts were making per film. So they banded up and asked for a raise. And the producers responded with a now infamous industry wide ban. In the two years those actors couldn’t work, they moved to Ghollywood and got famous there too, and they also put out a rash of hastily made buzzy singles and albums. Patience Ozorkwor, Nkem Owoh, Jim Iyke, Geneveieve Nnaji and Omotola Jolade Ekeinde (aka Omosexy) all have albums floating out there in the interwebs that they’d much rather pretend doesn’t exist (except for Mama Gee and Nkem Owoh, obvs, their albums were fire).

So it turns out actor O.C Ukeje is taking the same route but for very different reasons. He is signed to Kingstone Records and is releasing a debut single on the 13th of October called “Potato Potahto” featuring Vector The Viper (who also recently started acting) as part of the sountrack for Ghanaian film Potato Potahto. All the hallmarks of the average afropop song are on O.C Ukeje’s debut, autotune, synth heavy instrumentals, a pidgin patois mix, frolicking on the beach. What else could you want in a debut single?

Don’t believe us? See for yourself.

The Nollywood problem no one is talking about