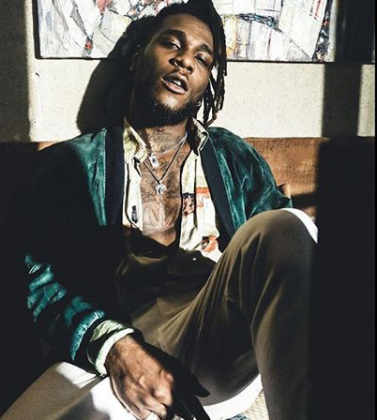 For Burna Boy, the process of thriving on the world stage is underway. After collaborations with Lily Allen and ’40 on Outside and featuring on “Sunshine Riptide” off Fall Out Boys’ Mania album, Burna’s is moving onto other things. And what better way to do that than to work with more world-renowned producers.

In his feature with Interview Magazines’ Will Schube weeks ago, Burna Boy opened up about his plans to keep putting out great music like we heard on the Outside album. Promising that “it’s gonna kick in doors”, fans wondered what else he had in store. The plan is taking shape now, after the singer revealed via an Instagram story that he’s working with Timbaland and Skrillex. Both producers have thirty nomination and twelve Grammy awards between them and we can’t wait to hear what comes of the collaboration.

It’s authentic, bold moves like this that prove that there’s no limit to where Burna Boy intends to take his music. the partnership is sure to produce more classics from Burna Boy, considering how impressive both Timbaland and Skrillex’ track records are.