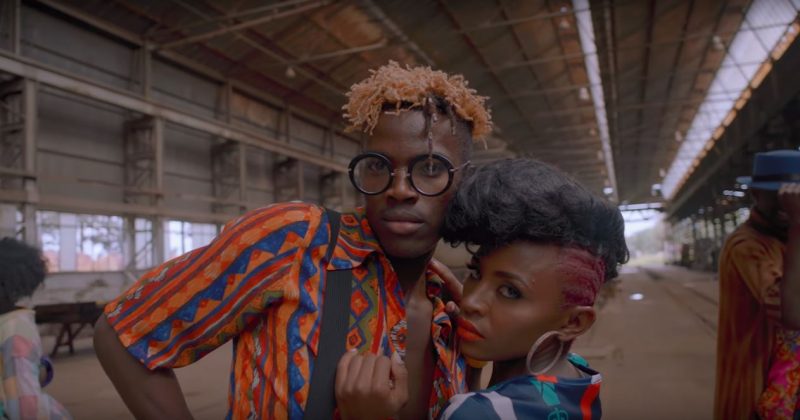 Like most feuds, Hip-hop beefs are usually as a result of misunderstandings that can easily be ironed out if those involved would put their egos aside to listen to the other-side’s story. These days, the disparity between real rap and mumble rap is the most divisive conversations in hip-hop with J Cole seemingly sending out warming shots to Lil Pump and his peers on “1985 (Intro to ‘The Fall Off’)” track from his KOD album. However, latest reactions from J Cole shows fans may have read too much into the track as he stopped fans from chanting “Fuck Lil Pump” during his concert and now has a nearly an hour long interview session with the rapper where he repeated refers to the 17-year old as “Smart”. Most of the interview plays out like a therapy session as both rappers delve into their childhood and some of their inspirations.

You know your song is fire when you can get one of your influences to feature on the remix. Yxng Bane’s “Vroom” was released in back in March with an energetic video to match the song’s compelling melody. The single is growing to become one of the bops for summer 2018 and as if to further establish this, he just put out the remix of “Vroom” featuring Beenie Man. After infusing his Jamaican patios to the song, he also shows up for the colorful summer themed video for “Vroom” remix.

After releasing the audio for their previously teased collaboration, Jennifer Lopez and Cardi B just released the picturesque representation of their money crazed single, “Dinero”. DJ Khaled who produces and does the bilingual summer song’s ad-libs also features in the video as the two Bronx natives show off their wealth and swag. Though the video is shot in black and white, the gloss and shine is unmistakable as they celebrate their extravagance lifestyle in the video shot in Miami.

After Anderson Paak’s brilliant debut with ‘Malibu‘, music lovers have anticipated his sophomore project. But if his latest single, “Bubblin”, is any indication for what to expect, the Aftermath artist is in a different head space from when he was obsessed with his languished roots. The new single is frantic and fun produced by Jhalil Beats and Antman Wonder who describe the song as “some black 007 action adventure high speed chase type of music”. Anderson Paak’s pacy rap vocals adds to the cinematic high-speed car chase of a song, complete with dramatic violin flourishes and a wild video to boot.

Cassper Nyovest – “Push Through The Pain”

Cassper Nyovest just released the video for “Push Through The Pain”, one of the standout tracks off his 3rd studio album, ‘Thuto’. While Cassper’s vocals delve into the gritty reality and struggles from his past; “My Mama Was Crying, I Told Her I’m Trying/ It’s Tough But Don’t Ever Feel Hopeless”, the lead for the Nate Thomas directed video is a woman who has to work at a strip club to pay for her bills. The video is shot in a black and white frame that builds on the song’s melancholic undertone, but spoiler alert, the video gets even darker towards the end.

0000
Previous Article Listen to Yemi Alade’s “How I feel”