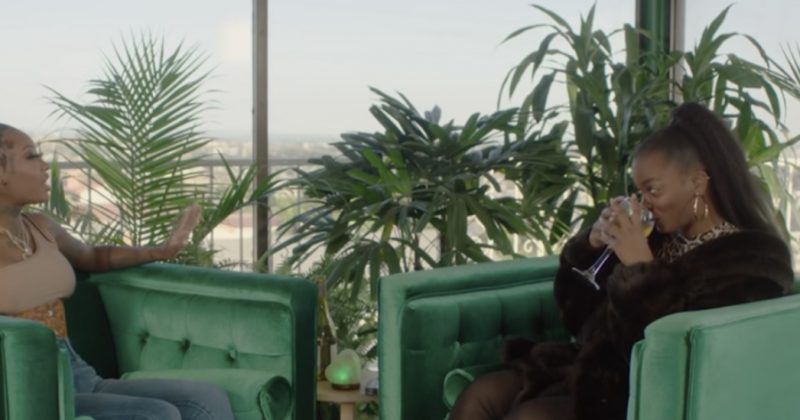 Over It with Summer Walker and Ari Lennox

Rihanna and Anna Wintour ask each other questions with Vogue

There’s very little else to aspire to in the fashion world, after you’ve been given Anna Wintour’s seal of approval. Well that must be how Kenneth Ize feels, as the Nigerian designer and NATIVE 11 alum was among the fashion designers named by Anna Wintour as ones she is most excited for. The video also gains bonus points in our books, with Rihanna playing the role of the interviewer and unearthing different facts about Anna’s life.

“All Dat” by Megan thee Stallion and Moneybag Yo

The Munachi Osegbu-directed video shows everyone’s favourite Houston hottie and her rumoured social media beau, Moneybag Yo rapping about their glamorous lifestyle. They speak about their wealth as well as opting to be explicitly forthcoming with raunchy details of their sex life. Megan is energetic and gorgeous in the music video, as she sends a threat to her rivals, “I better not catch you looking at my nigga and I mean it”.

Two weeks ago, CDQ and Flavour released the audio for their single titled “Akwaba” which is Ghanaian-Twi dialect for “Welcome” and now the song has been given a befitting music video. In the Paul Gambit-directed video, both artists are seen rapping about their celebrity lifestyle, with braggadocios verses alluding to their star power.

The Christie Yuan directed video for one of the pre-released singles from Summer Walker’s debut album ‘Over It’, “Playing Games” is one of our favourite videos this week. In the video, Summer Walker is beautifully clad in pink, while singing with the body of a restrained man suspended above her. The music video features varying clips of Summer and different men who are either mouth gagged, or have knives thrown right at them before she resumes right in front of her tv screen, to play games. “Playing Games” is the perfect Fuck men anthem!

COLORS | “All to Myself” by Baby Rose

COLORSXSTUDIOS is known to share exceptional and diverse talent from around the globe. Their latest features Atlanta soul singer, Baby Rose who performs “All to Myself”, a standout single off her debut album ‘To Myself’. The song is a melancholic track, on which the singer truthfully speaks on her secluding herself during her depressive moments without being able to reach out to anyone else for help.

ICYMI: Amaarae invites listeners into the mysterious world of “LIKE IT”