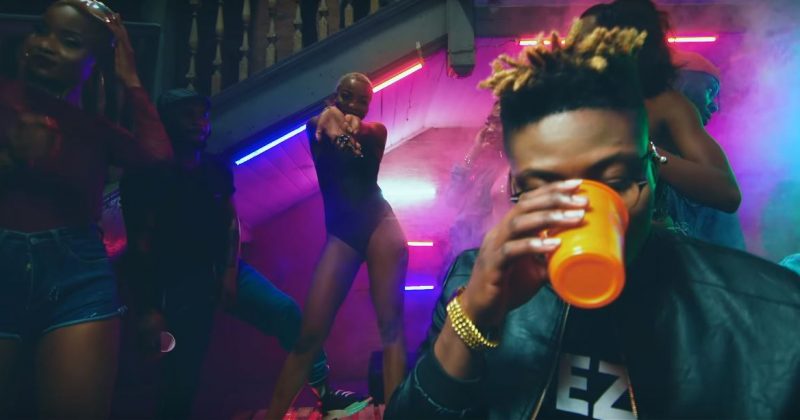 Since growing from obscurity to continent-wide acclaim, Nasty C has been a shining beacon for South African rap. And given rap’s foreign influences, his feature on Major Lazer’s recently released Know No Better EP and several nods from international award communities, it was only a matter of time before his reputation pulled in more international features. His latest release, the video for “Allow” features French Montana and reminds listeners the heights his efforts have taken him with French Montana’s cameo in the neon filtered adjoining video.

Off his recently released Blessed Forever project, A-Q’s “Lekki Expressway” just got a deserving video directed by Brother Lee for Temple film Productions. The track’s house house infused harmonies and Wavy The Creator’s vocal contribution on the hook give the Jayy produced track an experimental undertone as A-Q’s push the boundaries of his hip-hop sensibilities without compromising his style. The video mimics his drug infused lyrics as he takes viewers on a trip into the wilder Lagos nightlife with psychedelic lighting, smoke-filled rooms and fancy smoke bongs.

Released a few months ago, Masterkraft’s “I Go Dance” is primed for dance floors and with Reekado Banks’ accent, its place was set on DJ turn tables. Masterkraft has gone a step further by releasing an adjoining music video for the dancehall number. The Adasa Cookey directed video follows the song’s groovy themes with dancers and set at a party; basically all the things you expect to find at a Nigerian dance club.

Produced by Spax, Tomi Agape’s “Breeze” saw venture into Afropop’s bright and sunny. With the Caribbean tanned harmonies and Mazi Chukz’s blend of reggae and highlife melodies, the single listened like a late bloomer for summer playlist. And given the warm afternoon time setting, the video continues her summer affiliation. Tomi Agape and Mazi Chukz perform the song is the sunny themed video showing off some skin and brightly coloured sunshades.

After debuting in 2017 with “E Dakun” and “Hustle”, Tipsy’s remix of “Hustle” featuring Olamide functions on traditional-trimmed infinity-mirrored portal into the singer’s universe apocalyptic universe; “I’m The Last Man Standing In My Lane Now/ I Never Die, Them Wan Bury Me”. The song that placed Olamide in the more traditional and less showy Yoruba territories. The flutes and somber percussion heighten the eeriness of the song which the recently released video doesn’t also pursues. The scare theme  video features shots of flame throwers and a bunch of religious symbolism reminiscent of Yoruba home videos.

0000
Previous Article AV Club: Lola Shoneyin dishes on Ake, literature and everything else on Culture Diaries