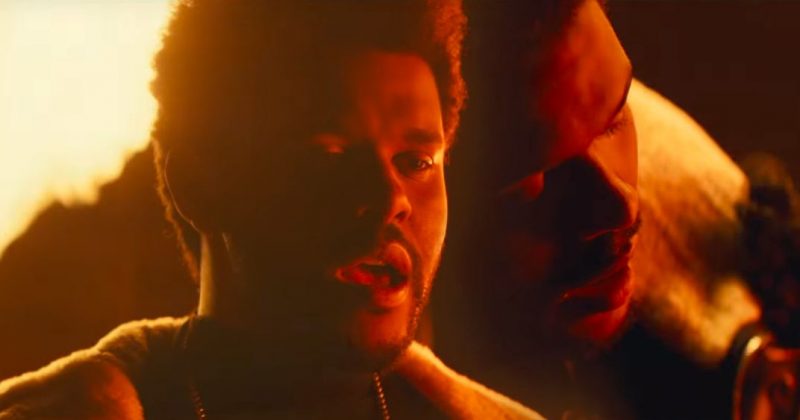 Cool FM’s Aux session on YouTube has helped put indie artists on to mainstream media with artists like Tems getting discovered through the platform. Other artists like DML, Tomi Owo, Blaqbones, Oxlade and others have also featured on the show since it kicked off with a Nonso Bassey video last year. Ilaye’s “Metaphors” is the latest song featured on the YouTube show and it gets a monochrome video that fits the singer’s artistic expression as we watch her try to paint a portrait of her muse.

PatricKxxLee released “RUN” back in 2017, shortly after his 2-track EP with Saint Klaus, ‘Warning’. The South African based rapper just finally put out the music video for the antagonistic single that finds him raging with Mortal Kombat allusions. Directed by the Swing, the video is set on the street of Hong Kong, following PatricKxxLee as he performs the song with glitch effects, trippy filters and clips from the combat video game depicting the angst expressed on the song.

HBO’s have captured pop culture zeitgeist with their “Game of Thrones” series and for their ‘For the Throne’ soundtrack album, it was only right they looked to the pop music icons who have achieved a similar feat with their respective crafts. The album features A$AP Rocky, Ty Dolla $ign, Joey Bada$$, Chloe x Halle, Ellie Goulding, and Lil Peep and they just released the music video for “Power is Power” by the trifecta of SZA, The Weeknd, and Travis Scott. The epic visual, directed by Anthony Mandler and shot in Los Angeles, is inspired by the final season of the show and contains clips of The Weeknd on the iron throne, while queen SZA dons a crown and sets the screen ablaze. Decked out in armor, La Flame also assumes the throne while cuts from the battles in the series are also featured.

Rho released her aptly titled charming and cutting single, “Black Dress” last year and she just put out the accompanying music video. After releasing a statement explaining that the objective of the song is to provide an opportunity for society to discuss the issue of women facing abuse in relationships when it was initially released, the song offers some insight into the trauma of dating an unfaithful partner. The recently released music video further heightened the tension, playing out like a drama with Rho playing the femme fatale role as she coolly singing, “This Is The Night You Pay” before pulling a gun out from her purse.

Barely a month into the released of her new album, ‘Omo Charlie Champagne’, Simi is already back in the studio recording music. Though her contract with X3M already expired, she has continued releasing music independently. And with the lighthearted video for “Small Ting” that she just put out on her YouTube channel, she seems to be enjoying making music with the label pressures off. The video starts with Simi hitting the ‘woah’ before proceeding to run commentary on the hypersensitivity of the present era we live in with her charming songwriting.

The Tom Clancy’s Ghost Recon video game series have always guaranteed fans an intense military experience of battle from the comfortable position behind their TV screens. Last week, Ubisoft announced the sequel to “Ghost Recon: Wildlands”, with an entirely new conflict, campaign and PvP and co-op multiplayer, “Ghost Recon: Breakpoint”. From the looks of the newly released trailer, the new game seems much more narrative, character-driven as opposed to Wildlands as we watch Jon Bernthal (The Walking Dead, The Punisher) playing the Lt. Colonel Cole D. Walker role as the leader of the Wolves, an elite group of Ghosts who have taken over Skell Technology which manufactures deadly military drones. The expected to be released in October on PS4, Xbox One and PC.

ICYMI: Get all the essentials from Simi’s latest album, ‘Omo Charlie Champagne Vol 1’