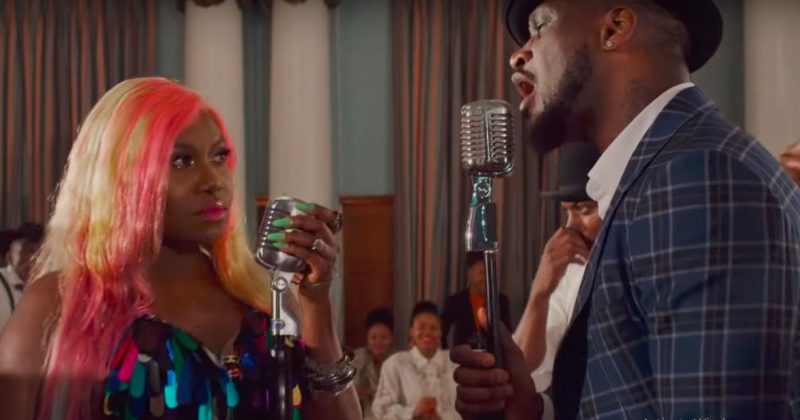 6 Videos you should see this week

Dunnie emerged as one of the 100 artists to benefit from Mr Eazi’s ‘Em Pawa’ campaign and her music video for “Foolish” is sponsored by the talent discovery platform. The song is inspired by the familiar tale of heartbreak as she laments the loss of her lover over melancholy piano-led beat. The music video recreates some of her lyrics with the romantic themed set which paired her with an attractive model who plays the role of her unfaithful lover.

Russ “All I Want” Feat. Davido

It’s that time of the year where DJs and radio presenters are looking out for the tune to capture the summer zeitgeist and Afropop has seemed a likely candidate since French Montana’s “Unforgettable” hit single fell just shy of the #1 spot on Billboard in 2017. With Afropop stars growing more international renown in America, a Davido feature can really increase the chance of scoring that mainstream hit and American rapper, producer and mixing engineer, Russ, has released his “All I Want” feature with Davido just in time for the sunny parties. Foreign Teck, OZ, and EY produce the lightweight beat for “All I Want” to suit Russ’s and Davido’s sultry lyrics, aimed at charming their love interests. The music video also stays within Afropop conventions as they shot a house party themed video.

While the internet debate on who was the better performer between Beyonce and Michael Jackson, Mr P continued his MJ hero worship with the dance-driven music video for his new single, “One More Night”. The romantic song features a verse from Niniola and offers fans a chance to see her get her dance on as she teams up with the former P Square singer for a blend of African dances like Zanku and Michael Jackson inspired moves like the moonwalk.

Stormzy has developed quite the reputation for his bold and unapologetic political takes. On his new single, “Vossi  Bop”, he takes pointed shots at the British government and political journalist, Boris Johnson, rapping “I could never die I’m Chuck Norris, fuck the government, fuck Boris”, over the catchy trap beat. The music video he shared for the song, however, stays in tune with the song’s upbeat mood through the choreographed dance sequence and the heartwarming cameo from Idris Elba.

Emex features YCee for his romantic new single, “Hello”. Kel P produces a sultry mid-tempo beat that sets the lightweight pace for their seductive lyrics, addressed to their love interest. Though the song’s melody is catchy enough to fit in DJ turntable, the laid back ambiance of the beat is more suited for exotic dancing as displayed in the TG Omori directed music video with dancers performing in the strobe-lit and smoke-filled studio set.

Everyone knows they can count on the “Fast and Furious” franchise to deliver all-out action with none of the holdbacks being realistic imposes. From the first look at the trailer for “Fast & Furious Presents: Hobbs & Shaw”, the first spinoff from the movie sequel, it’s clear that the plot is barely relevant and the directors won’t let anything as simple-minded as reality stand in the way of a moment that’s going to look awesome on screen. The nearly 4-minute long trailer does a pretty decent job of narrating the whole plot of the film. We know in Idris Elba plays the role of the genetically enhanced villain referred to as “Black Superman” while in typical fashion, there’ll be car chases and family will be involved.