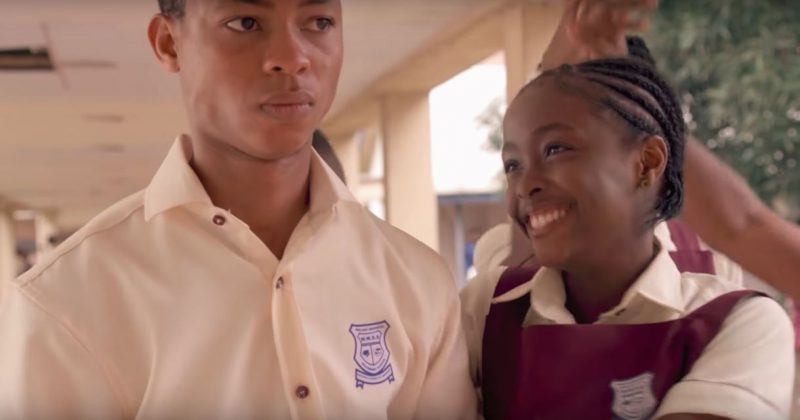 Fans of MTV’s Shuga know they can always count on the show to deliver entertaining drama that mirrors millennial life by touching on issues that are usually considered taboos in society. The 6th series just kick off with the first episode and it jumps right into sex education and society’s reservations towards it. The show is set in Lagos where we are introduced to host of new characters who are  coming-of-age and dealing with secrets threatening to break friendship ties. YCee makes a cameo appearance on the first episode but the show stars Timini Egubson, Sharon Ezeamaka, Jemima Osunde, Rahama Sadau, Adebukola Oladipupo, Abayomi Alvin, and many new faces as actors.

Last week, Naomi Campbell and Skepta struck a romantic pose on the cover of GQ magazine. The pair also sat for a row of quick fire questions where they discussed how they meet at an award show in 2016. The magazine published the interview on the 8th of March but released a video teasing the different topics the interview touched on from race, politics, the entertainment industry and underwear.

Orezi – “Whine For Me” Feat. Tekno

“Whine For Daddy” is Orezi’s first single of the year and features Tekno. The video shows a cute imitation of CNN’s broadcast where Orezi dressed in a white shirt and a black tie sings to Korra Obidi, the featured model, through her TV screen. The video has all the tropes for dance driven pop songs with the glossy colors, models and clubs scene KurlEvra directs.

“Gringo” hit the cinema last week and the movie stars David Oyelowo and Charlize Theron were featured on the promotional video for the movie with Vanity Fair. In this video, both actors teach each other slangs and quotes from their traditional languages. The exchange featured David Oyelowo teaching Theron a few Yoruba phrases translating proverbs while she kept things lighthearted with Afrikaan phrases about sex and being drunk.

Since the beginning of the year, Tobi Lou has kept a consistent stream of music video releases for singles like “Solange” and “LOUNAR”. He continues his streak with a brand new video for “TROOP” featuring Smino. “TROOP” falls under Tobi’s pseudo-sad boy story arch brightened by his syrupy melodies and this psychedelic video Glassface directs. Augmented reality cartoons and graphics pop up as Tobi seems caught up in a happy trip in his magazine-photo wallpapered room.

While we wait for the cinema adaptation of Ernie Cline’s science fiction novel, “Ready Player One”, GUNSHIP has released a video based on the relationship between the characters of Art3mis and Parzival from the book. GUNSHIP’s depiction focuses on both in such a way that they play central roles as oppose to the supporting role the female lead played in the book. “Art3mis & Parzival” features several 80’s references through the video showing figures of He-man and Transformers through a pixelated animation that follows the heroic story of the characters’ battle against the evil cooperation bent on controlling the virtual world.

ICYMI: Skepta’s Homecoming was homely and we were there to capture the special night