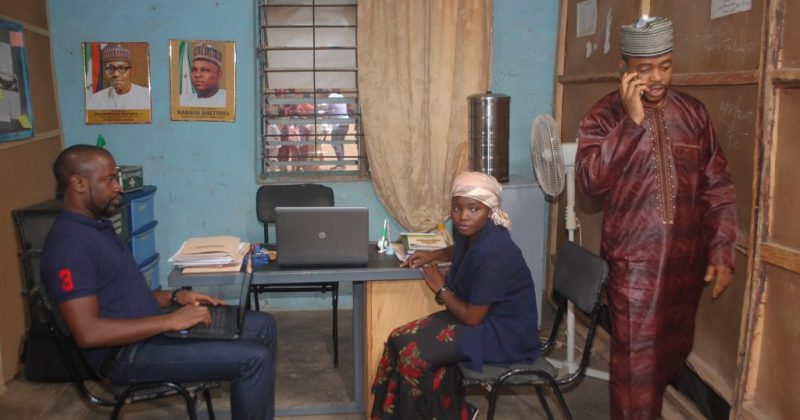 Hear “In Love And Ashes”, an original soundtrack by 2Baba for an upcoming TV series

Watershed Entertainment, has released the first look at their upcoming TV series “In Love And Ashes”, to be aired via NTA and EbonyTV starting at the end of the week.

“In Love And Ashes” focuses on the insurgency that has plagued North Eastern Nigeria for almost a decade. According to the statement released by the production company, “It is a tale that highlights the social, humanitarian and moral challenges that bedevil communities and their inhabitants that have experienced violent extremism in northeastern Nigeria”.

Set in Maiduguri, the eight-part series will attempt to depict how different ethnic groups can work together to fight terrorism and it’s root causes. The show stars Patience Ozokwor, Charles Etubiebi, Nafisat Abdullahi, Sani Danja, and other notable Nollywood stars. The producers are also “confident that [the] drama series will further raise the level of awareness and moral consciousness of all Nigerians to participate in the recovery and rebuilding process underway in northeast Nigeria”.

IN LOVE AND ASHES Official Trailer! WATERSHED ENTERTAINMENT, Producers of the much awaited television drama series “IN LOVE AND ASHES” have concluded plans to hit Nigerian tubes with the program that seeks to address the challenges of the insurgency that has ravaged parts of the North East in Nigeria using television as a medium of communication. IN LOVE AND ASHES is a compelling eight-part drama series. It is a story about loss, regret, forgiveness, and the incredible human spirit and its capacity for healing. It is a narrative of hope in the face of disaster, a bitter-sweet tale that highlights the social, humanitarian and moral challenges that bedevil communities and their inhabitants that have experienced violent extremism in north eastern Nigeria. Set in, Maiduguri, the series showcases a cast that accentuates love over hate and draws the moral conclusion that to overcome extremism, all stakeholders must rise above ethnic and religious differences and jointly fight back the menace. The series features a star studded lineup including Patience Ozokwor, Charles Etubiebi, Nafisat Abdullahi, Sani Danja, Tijjani Usman Faraga, Anita Pam and Meg Otanwa. Popular Nigerian Artist 2Baba has recorded a soundtrack for the series titled “IN LOVE AND ASHES”. The corresponding music video directed by Unlimited LA will be launched at the series premiere event scheduled to take place in Lagos at the end of the month. Follow the latest updates from the series on the ‘In Love and Ashes’ social media pages: • FACEBOOK – fb.me/inloveandashes (page) • TWITTER – @inloveandashes • INSTAGRAM – @in.love.and.ashes Viewers will also be able to join in the conversation by using the hashtag #InLoveAndAshes #NotAnotherNigerian and #WeAreOne. Both hashtags speak to the need for Nigerians to unite as one and speak against all forms of division and violent extremism. We are confident that “IN LOVE AND ASHES” drama series will further raise the level of awareness and moral consciousness of all Nigerians to participate in the recovery and rebuilding process underway in north east Nigeria. In Love and Ashes will aired weekly beginning from on April 1st and April 4th, 2018 on NTA

To offer more perspective on the show’s message and perhaps help raise awareness, the producers have released the show’s soundtrack by 2Baba with the same title. Produced by Kelly Handsome, 2Baba’s “In Love And Ashes” begins with Xalam strings that situates the song firmly in its context for North Eastern Nigeria, the region the song focuses on. Like the show, the general crux of 2Baba’s song is tolerance and togetherness.

Listen to 2Baba’s “In Love And Ashes” here: