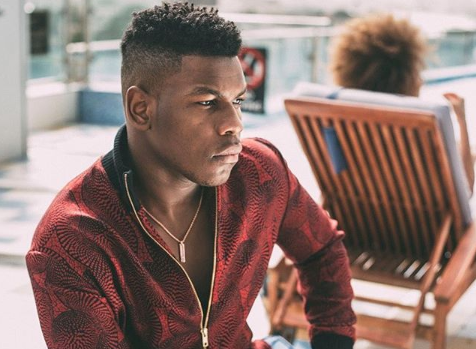 John Boyega is producing a horror film, titled ‘A Spriggan’

I’m really excited to be joining A Spriggan and the team behind it. In my producing projects, I’m looking for film-maker driven, world-building, cinematic pieces, and have found in Josephine Rose another producer who shares that creative vision and commercial ambition. We’re looking forward to working with Keir Burrows to explore the monsters of real-life through a dark, twisted, fairy-tale world of the Spriggan. Very excited !

“A Spriggan” is said to be based on a UK folklore about Spriggans. Spriggans are said to be spirits related to the trolls of Scandinavia, and the creatures were often characterized as old wizards with large, child-like heads. Although small, the creatures were considered to be ghosts of giants; it was believed that they could swell to far greater sizes. Boyega’s film will follow a recently widowed mother who returns to a property owned by her father only to find creatures of this nature lurking on the land.

There’s no news on whether or not John Boyega will feature on screen yet. However, as of this morning, it was reported that Upper Room Productions, Keir Burrows and Josephine Rose are out to cast actors.

Next Article Sade resurfaces for new single, “The Big Unknown”