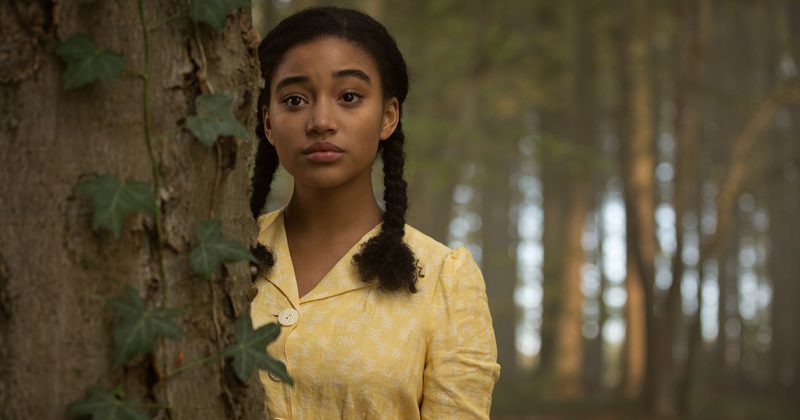 “Where Hands Touch”, written and directed by British-Ghanaian director and screenwriter,  Amma Asante tells the story of a girl of African and German descent falling in love with a Nazi soldier.

As one would imagine, Asante has gotten negative remarks on the premise she chose for her subjects, some have accused her of romanticizing Nazis, while others have condemned her extreme take on the often threaded ‘dangerous love’ path. In an interview following the Toronto International Film Festival premiere of the film however, Asante explained that her intent wasn’t to romanticise the story, but to open audience’s eyes to humanity and a desire to be understood. Speaking on her intent for the audience, Asante said, “You shouldn’t be leaving this movie thinking this is an aspirational love in the way that romantic dramas often are. You shouldn’t be thinking ‘I want to go out and find a relationship like that.’ You should be nervous for her all the way through”

Her inspiration, she says, came from her own desire to be understood and know more about her heritage; the initial idea came from the fact that she didn’t know a lot about the history of people like herself, people who were born of African descent and raised in Europe. “I knew more about African American history but not of my own” Asante says. “I kept coming across this picture from the United States Holocaust museum of this little Afro-German girl standing with her classmate, and she had this really unreadable look on her face, and I wanted to know more about her”. With Asante’s curiosity piqued, she asked questions like “Who was she? Why she was there? What was her experience?  Was she happy? Was she sad?”. She further explained that she read a lot of Jewish literature around the Holocaust, and she wanted to open a wider window to it, giving others an opportunity to also acquire the same knowledge through her movie, “Where Hands Touch”.

Amandla Stenberg who plays the lead character, explains how her character personifies the image of this little girl Asante recollects, “The fact that she is just a child who wants human experiences and is reprimanded for having that desire to be a young adult”.

“Where Hands Touch” is set in 1944 Germany and follows a 15-year-old girl, daughter of a white German mother and a black African father named Leyna (played by Stenberg) . Living in Nazi Germany, Layna has to navigate growing up and having a decent childhood at a time when anyone outside non-Caucasians in Germany were either killed or imprisoned. She falls in love with Lutz a member of the Hitler Youth (played by George MacKay) and both have to figure life out between the threat to her life and the savagery of the racism.

Watch the trailer for “Where Hands Touch” trailer here: