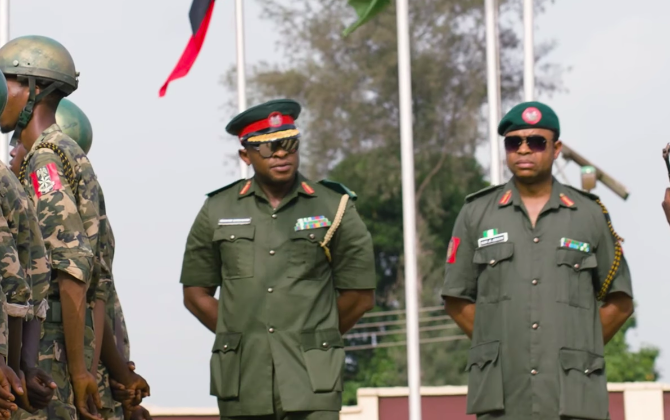 The bloody trailer for the Obi Emelonye-directed film “BADAMASI” was recently released, giving insight to the Nollywood biopic which follows a powerful Army-General in the 1990s, Ibrahim Badamasi Babangida more commonly known as IBB.

The military leader was the head of state in Nigeria for 8 years and was a key player in a series of military coups that hit Nigeria.

In the trailer, the life of “BADAMASI” is shown, from his early formative years where he was warned against being a soldier to his years serving as the head of state and carrying out various coups across Nigeria. The trailer also gives a glimpse into the revolt from disgruntled Nigerians who grew tired of waiting for the government to help them and choose to fight for themselves. Despite wanting better for their country, the elections carried out are massively rigged with hands exchanging money for votes.

There seems to be a string of films coming out of the Nigerian film industry which seek to educate Nigerians on their history and we are definitely here for it!

Watch the trailer for “BADAMASI” here.

Next Article The DRB crew are patriotic Nigerians on new single, “Based On”