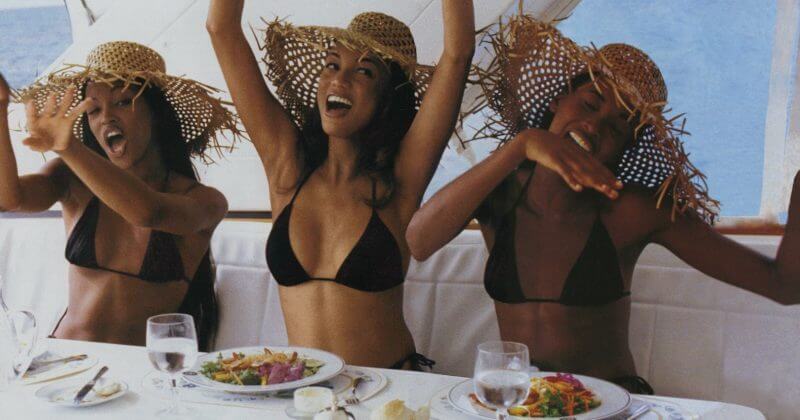 Writer, Vincent Desmond explores the world of the young Nigerians who date older people for monetary gain and opportunities, discussing how they have been affected by both the ongoing pandemic and Nigeria’s second recession since 2016. Names have been changed to provide anonymity

“It’s funny because this is not something I have ever tried to do, it just happens. Some people are very good with math, some can sing; me, I attract people with money.”

This is what Bisi has to say about her job as a sugar baby. During the day, she runs a food business in Lagos State, and while it’s doing significantly well, a large amount of the income she lives on comes from the people she dates. On a typical weekday morning, she’s on the phone trying to get plates of food that have been ordered to her customers in different parts of Lagos, while on the weekends, she hardly leaves her bed until the evening when it’s time for a date with one of her sugar daddies.

‘‘I try to ensure my dates are all on the weekends so I don’t feel overwhelmed. It’s easier now than it used to be, but sometimes, they insist on meeting over the weekdays either because of their families or work. I only ever go if I like them or if I think they are a big fish. I earn pretty good money from my business, I can sustain my lifestyle off it, but I have people who want to take care of me so of course, I’ll take it.’’

While Bisi is unsure of how much exactly she makes per month from the people she sleeps with, she believes she averages between N600,000 to N800,000 and often earns way more every month. She explains that there’s no set price, and is often gifted based on how her suitor feels or as a celebratory token when they have secured a big bag. She recalls fondly: “I was with a guy – some politician – in 2019 when he told me how something he has been working on finally clicked as we were there, and told me I was his good luck charm. He gave me a million naira out of that money, as per good luck charm”.

In contrast to Bisi, who tells me that she has never actively searched for a sugar daddy and seems to just attract them naturally, Derek, a gay man who lives in Abuja has had to go out of his way to find sugar daddies. Where people like Bisi have discovered they seem to naturally attract people willing to spend money on them, people like Derek have had to deliberately search for it. Both people like Bisi or Derek are not unicorns in the business, across all genders and sexualities, you’ll find that there are just as many people who seem to attract sugar-guardians as there are people who have deliberately searched for their benefactor(s).

Derek tells me about some of the hiccups he’s faced along he way, saying “One thing I’ll advise people is that they should never move from a sugar daddy to another if they’re friends or in the same circle. I did it and omo, it was horrible. Elderly men are petty as hell and it was a mess.” It took Derek almost two months to find a new sugar daddy after he fell into what he calls a ‘sugar daddy love triangle’ and when he did, he realised something that changed the model of how he operated.

After meeting a top engineer in the UK who earned in pounds and generously gifted him an apartment, a new MacBook and an iPhone 8 Plus, which was the latest at the time, he took a new approach to his sugar baby business. Derek explains:

“I don’t enforce regular salaries or allowance because I was told that when you do that, it looks like a job or business relationship and that stifles how much you can really get. He gifted me based on how he felt and whatever I told him I needed. He could give me N300,000 this week, N50,000 next month, and N500,000 the following week. We were together for more than a year before I jumped ship.”

All over the world, the pandemic has affected the economy and several people’s income. Currently, Nigeria is going through its second recession since 2016, and the value of the Naira is the lowest it has ever been. Altogether, these factors have had a crippling effect on some of these sugar babies’ income, especially those who earn in local currency.

Derek’s model has evolved since he first asked his friend how to get started, and now he actively seeks out people who earn foreign currency. He makes use of the network he gets from dating affluent people to gain access to – and ultimately date – other affluent people. He tells me point blank that “It’s actually simple if you use your head. Rich people are friends with rich people and rich queer people stick together.”

Like Derek, Raye has also had to seek out foreign currency, as earning in Naira hasn’t been as forthcoming for her during the pandemic. She explains to me that working this job during the pandemic has been both good and bad, and while she has a sugar daddy who hasn’t sent her any money all year, she’s had another who has. Raye tells me about the sugar daddy who has sent her ‘zilch’, saying: ‘‘We still talk and I am understanding he has a family and the pandemic has put a lot of people in a bad situation so I can’t be mad. And then there’s another man, he’s in his mid-30s and we met in December of 2019. He’s not Nigerian and earns in dollars. He’s been really amazing to me and is the one who has sent me money the most this pandemic.’’

Raye isn’t alone. While lockdown restrictions in Nigeria are now almost entirely a thing of the past, the effects of the pandemic, as well as the recession, are particularly felt by sugar babies around the country. Noble, a writer and sugar baby, reveals that she had to dip into her savings for the first time in years to survive this year. Given that this job doesn’t come with stability, it’s important for her to always put some of it away, and she explains this saying:

“Writing is great and brings in a decent income but while I earn about N150,000 from writing for people, I sometimes earn like N400,000 from sugar mummies. Because of the way a lot of sugar babies are paid, it’s a bit hard to plan ahead and constructively use the money if we don’t aggressively save. It’s not like a regular job with a monthly salary that you can make plans with in advance. Here, some days you’ll go meet your sugar mummy and come back with N20,000 and other days with N200,000. So I save half of everything no matter how small or big and use the other half for daily expenses. I pay my rent and my family’s from the savings and do other big projects from it.’’

Among sugar babies, cash inflow is largely unpredictable. While some sugar babies are placed on an allowance, many seem to rely on an unspoken agreement as well as the generosity of their sugar parent. Sugar babies like Derek prefer this, as it doesn’t restrict how much they get, however, sugar babies like Noble note how much harder it makes planning out their lives and expenses. While she has considered asking them for a more stable income, she notes that it’s risky, as it’s a reminder that the reason she’s having sex with them, is because she is being paid to and sugar parents don’t seem to be fond of that.

Noble’s contingency plan for this insecure earning pattern is to save, and due to how erratic their cash inflow is, many of the sugar babies who share their stories with me corroborate that they too are big on saving. Bisi shares that, through saving all the money she gets from men in her PiggyVest, she was able to buy a car and a second piece of land. She tells me “It’s also from where I paid two years worth of rent where I live. Right now, I am very comfortable, my family is comfortable and I am exploring getting into bitcoin and creating passive income streams so that in a few years, I’ll be earning enough to not be bothered about working hopefully.”

Bisi isn’t the only one who is thinking about the future. Derek also shares that some of his anxieties are surrounded around how unpredictable the Naira is, so he’s started saving in Dollars. He’s also learnt a trick which allows him save money on buying material things with the money he’s given, and gets his person to buy him clothes, gadgets and trips, which doesn’t affect how much actual money he gets.

“My lifestyle is pretty luxurious, and that’s very risky. A lot of us run on luck, you can wake up one day and your sugar daddy will say he doesn’t want you again and you won’t find someone else who wants you. What next then?”

For people who are looking to join the field, these sugar babies advise that one needs to understand how risky and volatile the industry is, and that not everyone is built for it. Derek warns that “If you are going to do this, you need to understand the danger you are putting yourself in, you need to understand that it’s more than gifts and money and sex. This is sex work if we are keeping it clear. People always forget about the work in sex work till they’re in it.”

Vincent Desmond is a writer whose work explores queerness, internet culture and identity. Tweet him your favourite piece @vincentdesmond_

ICYMI: FOR US BY US: LIVING AS A NON-BINARY PERSON IN NIGERIA

Next Article Best of 2020: A ranked list of the best 20 albums this year