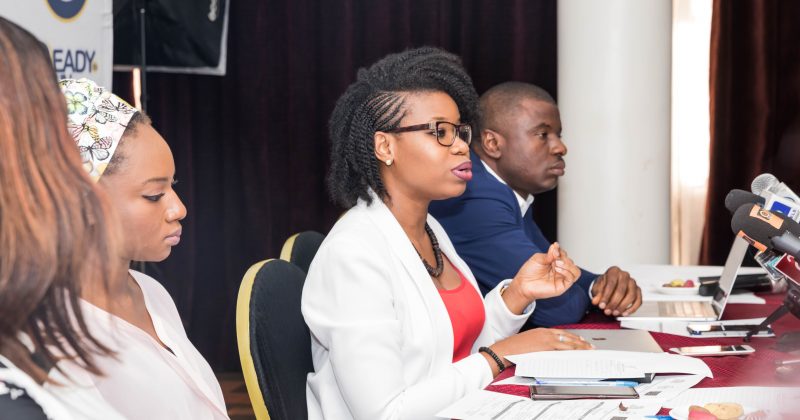 This year, Nigeria will celebrate 20 years of return to democracy. This is a landmark achievement for any African democracy, but when the 9th assembly is inaugurated on June 12th—Nigeria’s newly established Democracy Day—there will be fewer women who will sit in the green and red chambers to make critical decisions about inclusion, budgeting for gender issues and participation.

The exclusion of women has long been a crux of the Nigerian electoral process. These days it’s getting harder to tell if anything is actually changing. At the recently concluded general elections, only sixty-two of 2970 women who ran for various offices will be sworn into office to legislate for the nationwide population of 190 million people. This number represents only 3.8% of all the positions in the country, from the office of the President to the Vice, the Members of the National Assembly and the Members of various State Houses of Assembly. In 2015, it was 6.5%.

Younger women under-4o were even more marginalised by the last election. Despite the clamour for younger candidates and fresher political voices at the last election, there are only nine women of the 260 total number of elected candidates under-40, and only two of them are thirty-five years or younger.

Last week, YIAGA AFRICA, a youth non-profit focused on upholding human rights and democracy, brought together a cohort of 20 young female candidates who lost the 2019 elections for a reflection meeting on the challenges they faced and the way forward.  The sit-down held at the Center for Legislative Engagement (CLE), where these courageous women, some of whom were understandably still shaken about their loses, discussed their experience during the general elections. The discourse turned out to become a safe space for the women to give context for their candidacy, and share their post-election feelings.

“There are about 10 states in Nigeria with no single female legislator, so how do you plan to legislate for women in the state,” Chioma Agwuegbo, founder of TechHer and Strategy Team Member of the Not Too Young To Run Movement, stated. “In Ondo state, there is only one female legislator amongst 26 in the state that will be sworn into office, which means her voice will most likely be drowned out.” 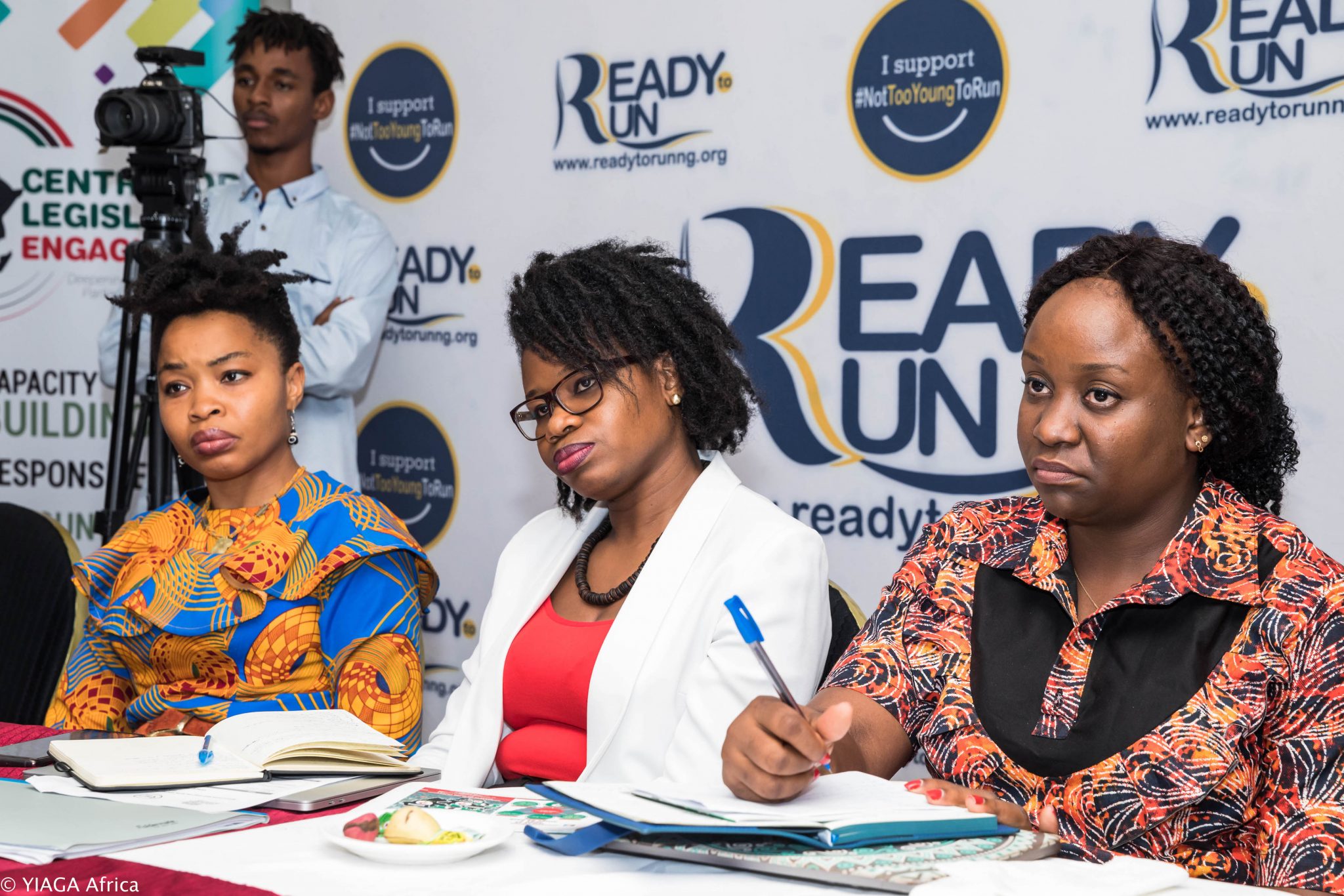 Alongside Agwuegbo, other leaders of the Not Too Young To Run Movement: Yetunde Bakare, Maryam Laushi, Bella Anne Ndubuisi and Cynthia Mbamalu, the Programs Manager of YIAGA AFRICA, presided over the townhall meeting. The speakers took great effort to ensure the women spoke very frankly about the experiences from their different constituencies, states, polling units and parties, beyond the observer reports and statements by political analysts.

“The whole concept of democracy is incomplete if there is no representation of the different segments or sectors of the society. And that includes ensuring that each time we talk of gender in politics, we are not looking at it as a male-dominated affair but a space, represented by both men and women, which is a true reflection of the society,” Lawyer and activist, Cynthia Mbamalu said. “You cannot talk about nation building itself without talking about the women; we make up part of the population. Statistics show we make up about 49% of Nigeria’s population. We need to sit back and reflect on how we experienced the elections. What challenges did we face and how can we address these challenges going forward?” She queued the female candidates to throw more light.

It took the promise of identity protection and the option for anonymity off the record, for some of the women to start feeling comfortable about speaking up. TechHer founder, Chioma Agwuegbo broke the ice by telling the women to communicate their experiences in one idea. The choice of words that flew around the room, included an odd but predictable register of anguish and disappointment. “Tough, fraudulent, horrible, no respect for gender, an election replica, not credible, quite an experience, vote buying: highest bidder wins, money laundering, and, a market place.”  The women echoed.

The participation of women is beyond a basic political issue; it is also the subject of community agreement. Nigeria has notably failed to learn from other countries on the African continent in this regard. Rwanda just recently beat its record of 64% to 68% of women in politics because they saw the great change it made for their country. In Namibia, the classification of women in parliament is 48%. In South Africa, it is 42.4%; Senegal, 41.8%; and Ethiopia, 30.3%. In Nigeria, the number of women in parliament will drop from the 6.5% that it has been in the 8th Assembly, to 3.8% in the 9th Assembly, commencing in June. “So technically it’s like we are hustling backwards. One step forward, 20 steps backwards,” Agwuegbo emphasized.

Some female candidates, however, ran their campaigns prepared for the worst; they offered solutions. “I built a community of men around myself. I went for midnight meetings with my husband.” “I started by telling them stories that never happened as a block to prevent strategy: Sir, everybody I have been asking for support has been sexually harassing me”

A series of recurrent issues were highlighted by most of the women. For example,  on election day, some young candidates experienced betrayal from party agents who switched allegiances after they were bought over. In another constituency in the North Central, a female candidate’s campaign manager tried to use sex as a prerequisite to obtaining the money that had been specifically donated to fund her campaign. “He knew that the election had given me exposure, and he wanted to ruin my chances. The money he collected for me, [donated for my campaign] he has it in his pocket,” she stated. Another female candidate in the South West was sexually harassed by a state governor who condescendingly flattered her by telling her how lucky she is and promised to give her “the whole society” if she accepts to be one of his mistresses.

Like this, the conversations that took place among the women and speakers at the reflection meeting were wide-ranging and lasting in impact. One of the youngest female candidates at the reflection meeting who is in her mid-twenties was both a victim of her age and marital status. She was beaten up, for saying “no” to a sexual predator, who had promised support to her but threatened to continue assaulting her because she refused to have sex with him. In the South-South, a female candidate’s husband was kidnapped; her mother-in-law who had warned her not to go into politics, chastised and accused her, saying she “traded her son (the husband) for political conquest”.

We could sense the trauma still lingering from their experiences as the women’s voices caught in their throats, revealing emotions through shouts and cries. Some female candidates, however, ran their campaigns prepared for the worst; they offered solutions. “Have one or two men that will go with you for party meetings,” a candidate stated. This is an experience that their young male counterparts may not necessarily encounter, and it is absurd that this is even a solution, but maybe it is a starting point to protect our women. “I am from a conservative society. So I built a community of men around myself. I went for midnight meetings with my husband”, “I told them a story from my tradition about how men who sleep with other men’s women do not wake up the next day”, “We are not gender-biased but when it comes to elections, work with men”, “Don’t go to places alone”, “I started by telling them stories that never happened: Sir, everybody I have been asking for support has been sexually harassing me”, more female candidates explained.

Once a person has been marginalized and discredited, silence becomes a likely option.

It is true that the subjugation of women in Nigerian politics by old political warhorses and suffragists is commonplace in our communities. But what is common is not normal; it is high-priority that we aggressively refuse to see it as normal.  We cannot continue to live in an era of complaints when actions would yield tangible results. Asides Civil Society Organisations and Non-Governmental Organisations, very few stakeholders in the world of politics have shown active concern about the intellectual or emotional well being of the political aspirants. This is why YIAGA AFRICA’s Ready To Run initiative is filming a documentary based on some of the revelations from this town hall meeting.

The complex array of women are stepping out to be known as the winning women—not victims but victors. They have drawn an action plan for election 2023, and they demand our attention and support. Out of their rather painful experience, they still bring bright light and coloured dreams, recognizing that: though the marginalization of women in the socio-political landscape of Nigeria is no new phenomenon, it is also a future we can mitigate.

On the ordeals of women who ran in the 2019 elections, Fisayo Okare writes from the Communications and Media department of YIAGA AFRICA, Abuja. Tweet at her @fisvyo