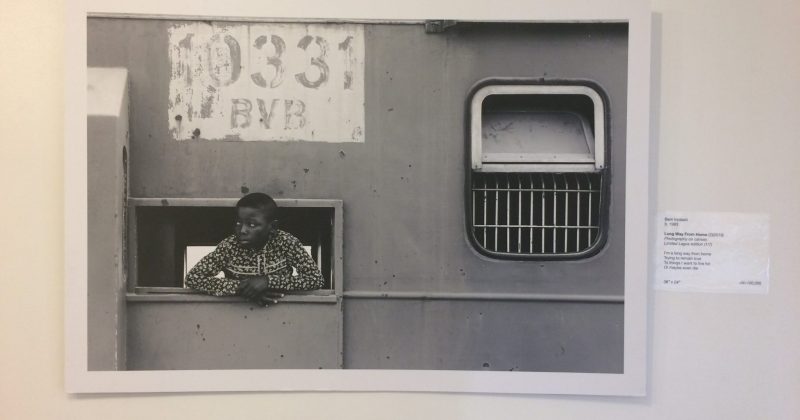 With the ‘Stark’ exhibition, Bemyoda creates an immersive multimedia experience

After announcing that his debut album, which has been in recording purgatory for five long years, finally getting a well deserved roll out on the 9th of June 2017, singer Bemyoda announced that in collaboration with Red Door Gallery, he was organizing an immersive multimedia exhibition of sorts, featuring memorabilia from the making of the album. Artists often use these catchphrases to drum up anticipation for their projects, so when I decided to go see the exhibition for myself over the course of the three days it held, I went with some skepticism. 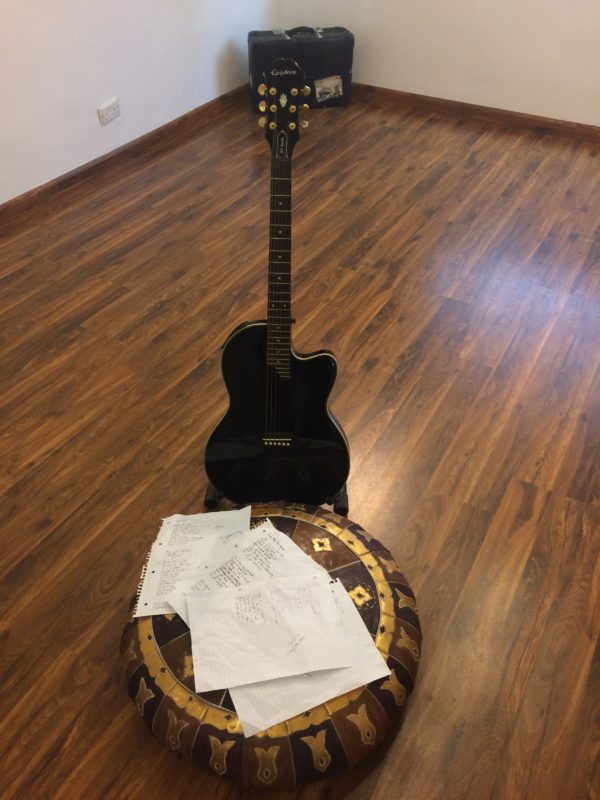 For Bemyoda, Stark is in many ways a passion project. It features a sound that many Nigerian music pundits would argue is not commercially viable, and its songs littered with lyrics either inspired by personal anecdotes and actual autofiction set to music. There was already a lot laid out for us to ruminate on, but with the Stark exhibition, Bemyoda peels off another layer, to allow us see beyond the music to the actual experiences that have inspired the album. 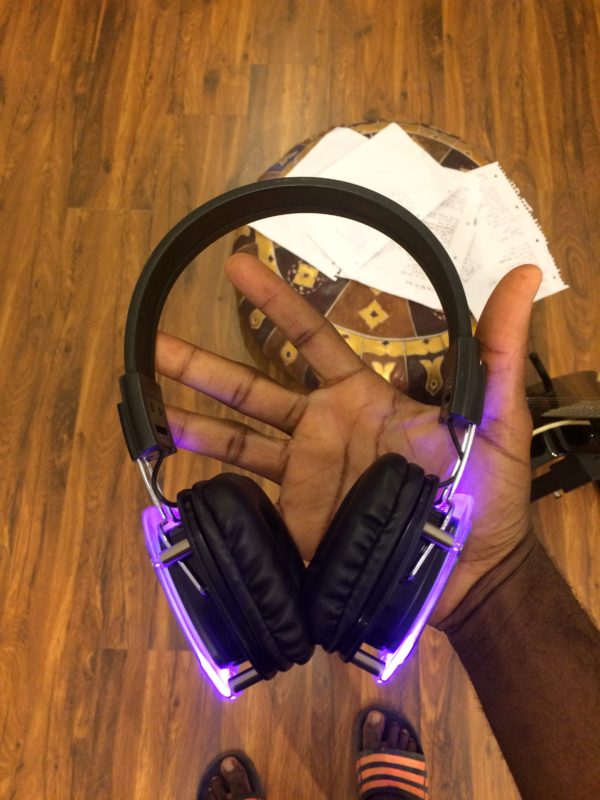 Silent disco headphones for the exhibition.

The exhibition puts its own spin on the silent disco craze, offering guests a personalized headset premiering three songs from the album on ‘different’ channels. Each song corresponds to a certain cache of paintings. Like complementary accents, as Bemyoda sings in your ears, you see children, shot in black and white, caught as it were in media res. They’re leaving cities in trains, taking a plunge into a cold, foreboding body of water, staring uncertainly out of French style paneled windows. Bemyoda himself was there, silently weaving through the crowd, acquainting himself with each guest, answering their questions. I let these guests, many of whom were discovering his music for the first time have him to themselves and focused on the work. 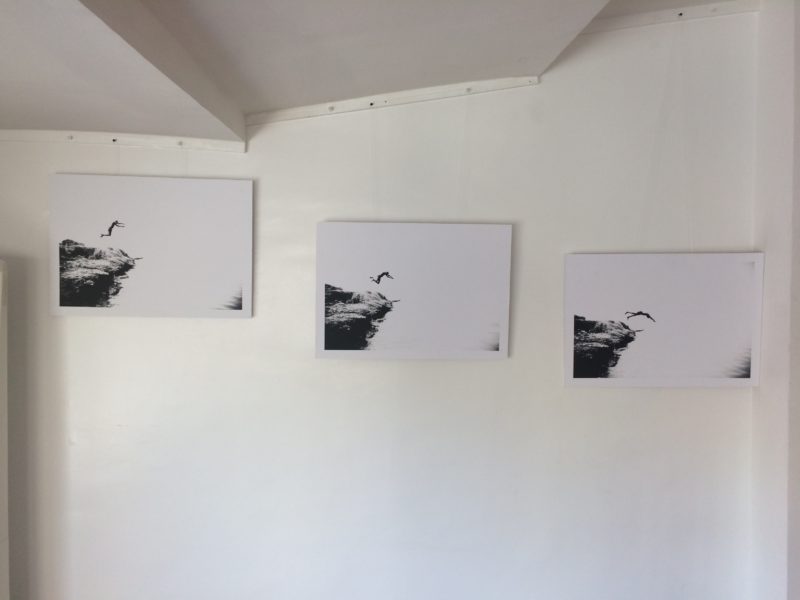 The biggest problem I had with everything was that there wasn’t enough. Not enough songs, not enough portraits. But perhaps that was the point, to draw us in just enough, that when the album drops June 9th, we’ll be waiting, card in hand, ready to find out what else will be laid bare on Stark.

We need more exhibitions like Stark, more storytelling from our musicians, more engagement, more immersion. BUt this is a start. A great one. We’ll take starts. 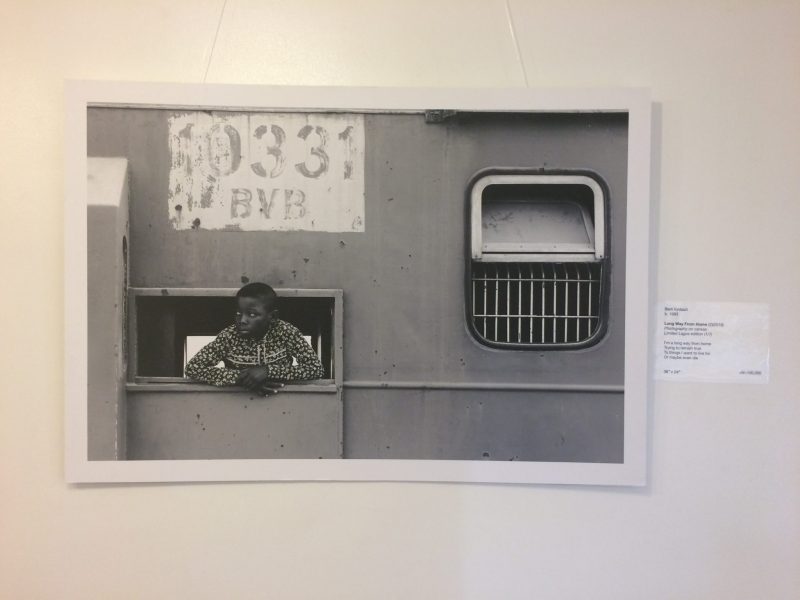 Listen: Bemyoda’s “i told you” is a little ditty with outsize emotions

Next Article Jinmi of Lagos is all about the culture