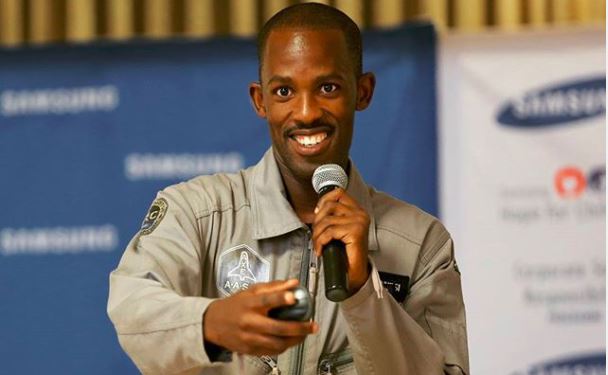 South African DJ, Mandla Maseko emerged among the 23 winners for Lynx Apollo Space Academy’s sponsored trip to space program in 2014. Sadly, his family has announced his passing before the date for the liftoff had even been scheduled.

Mandla Maseko had beaten one million other contenders worldwide and was set to become the first black African on space. He had told David Smith, a Guardian report in Johannesburg of his excitement at the opportunity to represent the black community in Africa saying, “I’m not trying to make this a race thing but us blacks grew up dreaming to a certain stage. You dream of being a policeman or a lawyer, but you knew you won’t get as far as pilot or astronaut. Then I went to space camp and thought I can actually be an astronaut.”

He stood as a symbol for Africa’s budding space ambitions and even became a private pilot and a corporal in the South African National Defense Force, according to information gotten off his twitter. Though the launch that was initially expected to happen in 2015 was rescheduled indefinitely, Mandla Maseko remained an inspiration, giving public speeches and doing community work to motivate children to pursue their dreams and careers in science. According to reports, he was honoured by the Gauteng Department of Education in South Africa in 2016 when a building was named after him.

Though the motorbike accident cost him the chance to accomplish his goal of being the first black African to go to defy gravity in space, he has certainly been an inspiration for African ambition.