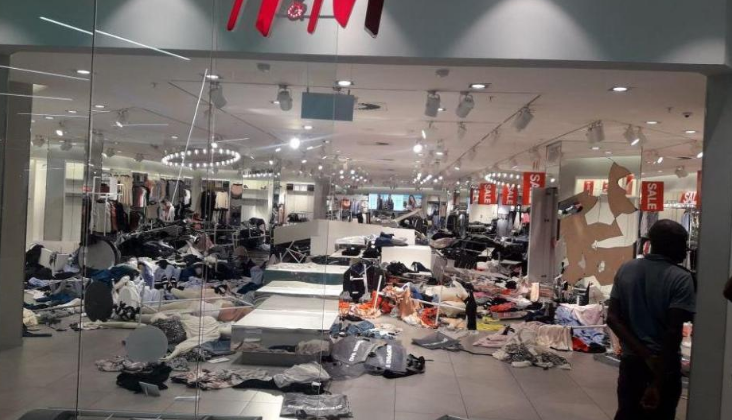 In response to an ad that featured a black child with the slogan “coolest monkey in the jungle”, protesters trashed several H&M stores across South Africa. Footage and images shared on social media showed demonstrators chanting around the company’s stores, stores being ransacked with rails of clothing and mannequins toppled and trampled on. The racist ad met backlash when it appeared on the British version of the company’s online store and shared on social media. Celebrities like The Weeknd and G-Eazy also cut business ties with the company in response to the ad.

Pulling the ad and issuing a series of apologies isn’t getting H&M off the hook that easy though. The Economic Freedom Fighters, a socialist political party responsible for the protests, insists that businesses cannot keep getting away with “undermining black people” and are calling for a permanent closing of all H&M stores across the country.

While some argue that vandalism was an inappropriate response to the ad, others maintain it is important to take a clear stand against racism and dehumanization of black people for gain and offending businesses be made to face the consequences.

H&M has released a statement denouncing all forms of racism and bias, and absolving their store workers of any responsibility for the offending ad. All 17 of its stores across the country have also been temporarily closed to ensure customer and employee safety.

Between Travis Scott and Chief Keef: A story of a concert in South Africa