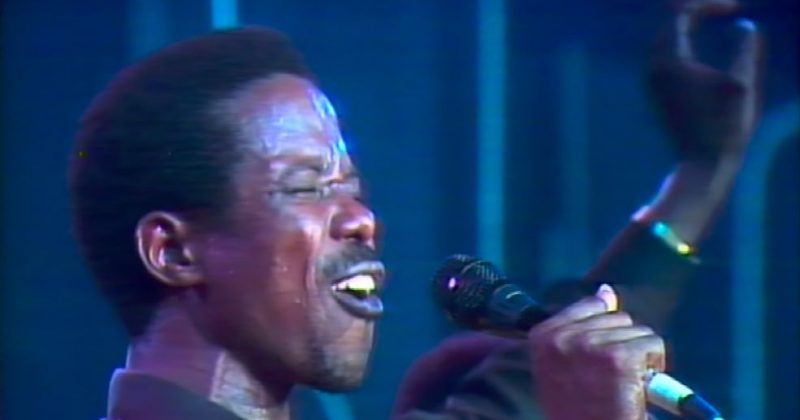 Yesterday, 10th of July was the anniversary for Sunny Ade and his African Beats band’s performance at the Montreux Jazz Festival in 1983. Though Fela’s charismatic and heroic Afrobeats music already set him apart from his pairs, the mellow allure of King Sunny Ade’s Afrojuju music made him more accessible to international audiences. The 2-week long Montreux Jazz Festival in Switzerland, however, cement Sunny Ade’s position as the face of African music to global audiences as the “Pankele” song he performed  off his ‘Synchro System’ album would go on to get nominated for the Best Ethnic or Traditional Folk Recording at the 26th Grammy Awards which Louisiana band, Clifton Chenier & His Red Hot Louisiana Band, won.

While Fela’s outgoing personality and political ideologies are responsible for making him and his Afrobeat sound era-defining for the whole continent today, Sunny Ade was able to capture the global audience with a more laid-back charm. He was nicknamed ‘The Minister of Enjoyment’ for his mellow Yoruba melodies, laid over rolling percussion, steel guitar riffs and captivating talking drum solos. With his music primed to get listeners in a joyful mood to dance and tap their feet, his preference for singing in his indigenous Yoruba dialect didn’t seem too much of a barrier for non-speakers as it added a bit of mystic and spirituality to his records.

When Sunny Ade released ‘Synchro System’ in 1983, it was the first pop album to be recorded by an African musician in London. The album was released under Island Records and was his second project after ‘Juju Music (1982)’ and before ‘Aura (1984)’. Though the project failed to achieve Island Record’s projection to match the success of Reggae legend, Bob Marley, the title track was popular in dance clubs in Europe. He would eventually part ways with Island after ‘Aura’ and return his focus to his Nigerian audience while still retaining the expressive and flamboyant dress sense he picked up from other pop stars like Michael Jackson.

Till date, ‘Synchro System’ remains special as a lightning-in-a-bottle moment for African music with its Grammy nod serving as an indicator of its accomplished indigenous sound. King Sunny Ade’s music might not be what’s hot in dance clubs anymore, but his music has certainly remained relevant with Odunsi’s latest album, ‘rare.’, being heavily influenced by the sound and style of the Afrojuju legend.

Watch the video of Sunny Ade’s performance at the Montreux Jazz Festival in 1983 below.

ICYMI: ‘Trouble sleep Yanga wake am’ is fela at his most succinct