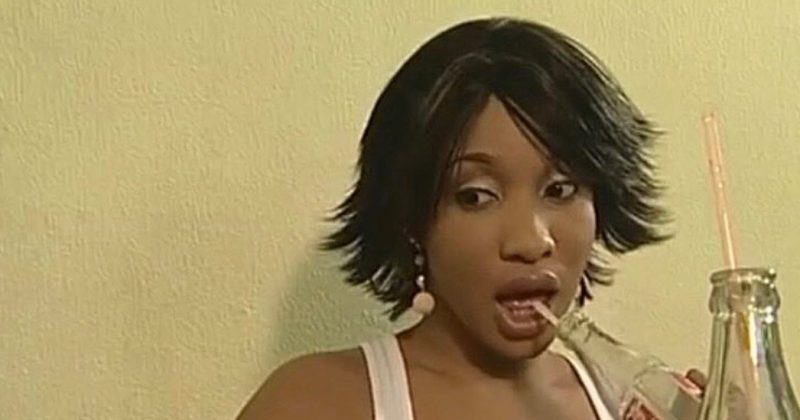 Last month when we checked in on our friends and family in isolation, we found that a lot of people in our community are seeking out old habits to ground themselves with something familiar for a sense of stability. A number of responses admitted to revisiting classic tv shows and movies, an thanks to carefully curated Instagram pages such as Nollybabes, we get short bursts of these. To take it up a notch, there have now been a number of old Nollywood movies made available on YouTube for anyone looking to indulge in some feel good, slightly humorous and terrifying cinema.

Speaking to the PAPER magazine earlier this year, digital archivists behind the popular Nollybabes account admitted that the nostalgic value of sharing these old Nollywood clips and photos was one of their main reasons for starting the account. “For many of us, these images are reminiscent of a simpler time that we’d gladly go back to” she says, explaining the importance of keeping old Nollywood alive in these present times.

Nollybabes are now taking the work they do a step further, and making some of these old Nollywood movies available online for viewers to watch. This is a very significant cultural feat, as back then, majority of these films were blockbusters that could only be purchased through cassette tapes or watched on local television stations. Thanks to Nollybabes, we now have films like Nneka the Pretty Serpent, Glamour Girls, The President’s Daughter, Girls Cot, Living in Bondage and a slew of other old Nollywood films from the early oo’s available to watch online.

We had a look through Nollybabes carefully curated catalogue of old Nollywood films and picked out 5 films you should watch now that we have all the dfee time to. From blood rituals, aggrieved lovers to even the odd ghouly ghost risen from the dead, here are our top picks:

At the top of our list is this 1994 classic directed by Zeb Ejiro which at the time served as one of the first femme fatale flicks that canonised old Nollywood’s affair with horror. The film follows the story of Nneka (played by Ndidi Obi) a mermaid with supernatural powers whose human disguise makes it easier for her to prey on gullible men who she gets to do her bidding. The film is mainly in Igbo with English subtitles, and makes for a good watch if you want to see men squirm at the power of the female protagonist.

Another femme fatale flick from 1994 directed by Chika Onkwufor. The two-part film at the time of its release was said to have put Nollywood on the map as it posed a threat to the tale that women could only be mothers or an aggrieved lover. Here, women were allowed to be unconventional and had autonomy and control over their bodies, which they used as a means to an end; the film followed the story of a young girl who moved from the village to the city and made money off sex work. While we await the remake of Glamour Girls, you can get into the original here.

‘Karishika’ is a cult classic, and one of Santi’s favourite horror films which he cites as an essential watch for anyone looking to get into old Nollywood. Directed by Christian Onu, this 1996 classic follows the story of a girl named ‘Karishika’, the queen of darkness who has been sent to earth by Lucifer to wreak havoc and initiate men who fall prey to her tricks. Packed with everything from shapeshifters to over-dramatic storylines and grainy shots of blood and gore, ‘Karishika’ is definitely a must watch.

Chris Obi Rapu’s 1992 classic ‘Living in Bondage’ is considered to be one of the first Nigerian blockbusters and it’s definitely a must watch for any OG Nollywood fans. Everyone knows any film with Kanayo O. Kanayo involves some sort of ritual or sacrifice, and ‘Living in Bondage’ marked the herald of that stereotype. The classic film tells a story about a down and out businessman, who engages in rituals and blood money to get ahead and secure his future.

You know when a film is so bad it’s good? Yeah, this is one of those. This film follows the story of Beyonce, the President’s Daughter (played by Nadia Buhari) who meets Raj (played by Van Vicker) at a supermarket and falls in love with him. However, Raj is engaged to be married to Ciara (played by Jackie Appiah) but this does not deter Beyoncé who is ready to go to war to get her man.

ICYMI: Kasala! is powered by a strong execution and a story soaked in reality