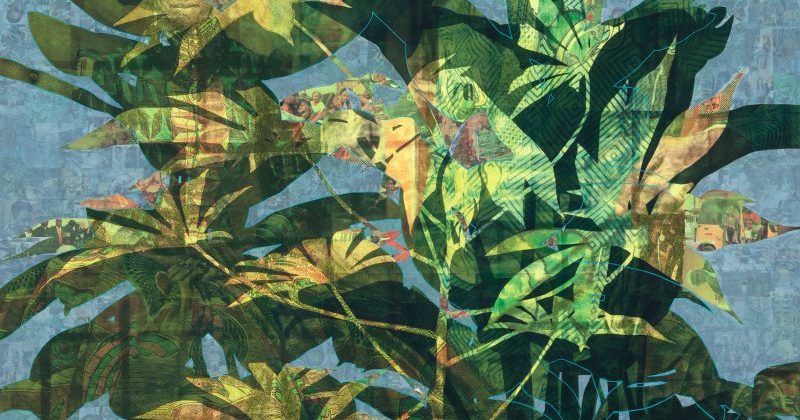 Los Angeles based Nigerian visual artist, Njideka Akunyili Crosby has a 2017 botanical painting, titled “Bush Babies”, which recently sold for $3.4 million USD —her highest sale yet. The painting was initially valued at $80,000 by Sotheby, a New York Based art dealership reported to have sold the painting. The sale, albeit unexpected, reflects the spike in the value of Akunyili Crosby’s paintings, which she says she has witnessed of late.

Like many of her paintings,  Akunyili Crosby’s “Bush Babies” was inspired by her heritage, and draws from her own experiences as a Nigerian woman living in America for work. Born in Enugu to J.C. Akunyili and the late Ms. Dora Akunyili —who was the Director General of NAFDAC until she passed away in 2016—  Akunyili Crosby, now 35, moved to the United States at 16 and has since studied variations of art.

Her work has been described by Victoria Miro Gallery in London as “densely layered figurative compositions that, precise in style, nonetheless conjure the complexity of contemporary experience”. The gallery also noted how the combination of lives she lived in Nigeria and the US manifest in her art, stating that the two lives produce “a hybrid identity that is reflected in her work”.

Akunyili Crosby says that as recent as three years ago, her paintings sold for an average of $3000. But the value of her work steadily began to rise after her 2010 painting titled “I Refuse To  Be Invisible”, sold at $5,000 at an auction. “I Refuse To  Be Invisible” is a painting of her dancing with her husband, Justin Crosby.  Shortly after, three of her works sold for $8,000 each at an auction in Fredericks & Freiser gallery in New York.

However, Wall Street Journal reports are worrying. Writing for the publication, Kelly Crow reports that in an attempt to keep her prices from swirling out of control due to auction sales, Njideka Akunyili Crosby has sought to gather careful records about who owns her works and has even gotten into a legal dispute with one of her galleries. “My friends tell me I should just be happy my works are selling, and I am” Crosby said in the interview, “It’s scary how vulnerable I still feel”.

Next Article Eugy and Kwesi Arthur team up for a new hustler’s anthem, “Pray In The Morning”