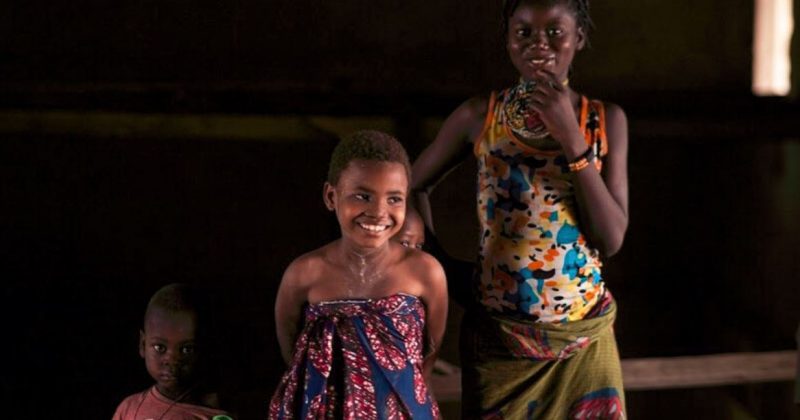 The armed clashes between Fulani herdsmen and farmers in middle belt Nigeria that has been an ongoing problem for over a decade. We know the insurgency is a result of a ton of issues: Climate change that forced the nomads out of their original grazing locations like Sahel, the increase in the demand for livestock and the decentralization of security in the areas (locals have been armed with instruments to defend themselves). But though it is a recurring topic of discussion, the grand effects of these attacks on the rural dwellers have been less of a discussion subject. News outlets have mostly tried to manage the issue, calling it a “communal conflict” but according to Nigerian photographer, Nguveren Ahu, who recently travelled through Benue documenting the lives most affected by these conflicts, the people who have been most affected have stronger words for it.

Work in progress : “Like Ashes” is a short series filmed in various IDP camps in Benue. The human impact is not only measured in bodies but in lives shattered and resilience demanded. I am deeply grateful to all the organizations and people that opened up their doors and resources for this project. Words are not enough. #ahuadesigns #aaflagos #benue #idp #documentary #nigeria #refugees #likeashes

Nguveren said in an interview with Konbini, that like many of us, she was desensitized to the issue for the longest time because it did not affect her directly, but she was compelled to use her voice to share their stories after a brutal attack on New Year’s where “Over 73 people were brutally murdered in their homes”. In her words, The level of violence that they inflicted upon the community was particularly horrific due to the fact that the Marauders did not simply stop at slaughter, they also defaced the bodies. Including slitting pregnant women open. The images that flooded social media were terrifying, the tales of the doctors who attended to the injured, the dead and dying were worse”. This single day of violence in Makurdi, Benue State in January left thousands of people homeless, according to various reports.

The day of mass violence led to the creation of “Like Ashes”, a photograph and video documentary focused on telling the stories of the people who fled their homes in Benue to various IDP camps established around the city.

Her project focuses on IDP camps mainly because she was unable to gain the access she needed because, as she found, the aftermath of that day still runs deep in the town. “No doctors would go on the record. I was barred from seeing or interviewing the victims that were still being treated at the hospital”, she said. She also found that “The people of Makurdi themselves did not want to speak out on it for fear of unseen repercussions”. For this reason, she decided to focus on the people trying to create new lives after fleeing the city and starting their lives in the IDP camps that have been established around the state.

In her research and talking to the people at the camps, she found that asides the traumas of their past, the survivors started creating new forms of livelihood that could be the beginning of a creation of their own local economy. She says the title, “Like Ashes”, is as a result of this hope beyond the ashes.

“Like Ashes” is to screen at ‘African Artists Foundation’, Victoria Island in August this year.

Next Article Hear “Trobul”, the first single from WurlD and Sarz’s joint project