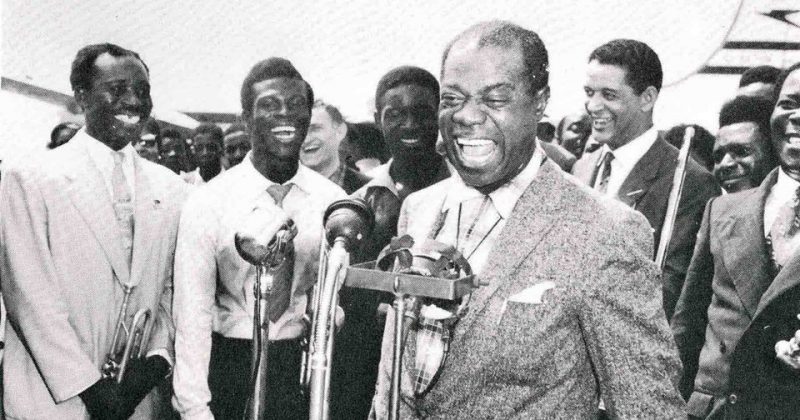 Emmanuel Tetteh Mensah plays his first gigs with his band, The Tempos in Great Britain. Originally formed by British soldiers stationed in Accra, Mensah reformed the band with an All-African instrumentalist team and began to make music.

High-life had evolved as a Ghanaian response to the forced introduction of Western classical music to Ghanaian colonial school curriculums and the suppression of traditional Ghanaian music. As West African colonialists routinely carried favoured subordinates across West Africa and back to Europe, early cross-pollinations of musical interests and influences were starting to occur.

Bobby Benson, formerly making traditional jive, rumba and Jazz as part of the Bobby Benson Jam Session, is introduced to Highlife by E.T Mensah as they tour similar circles in the United Kingdom. This introduction forces him to change his sounds and sparks his interest to return to Nigeria and replicate the success of jam session back home.

The Lagos Bobby Benson Jam Sessions were characterized by a clearly defined brass section, which was heavily influenced by rock ‘n’ roll and the jazz music from America at the time. The concerts would eventually become a proving ground for some of the country’s most renowned trumpeters, launching the careers of Rex Lawson, Victor Olaiya, Roy Chicago, Zeal Onyia, Chief Bill Friday and Freddie Okonta.

Three years after Sir. Victor Olaiya leaves the Bobby Benson Jam Session to form Victor Olaiya and the Cool Cats, he is invited to perform for Queen Elizabeth II at the State Ball organized in her honour in that year. She was in the country to acknowledge its agitations for Independence and State Balls were the highest level of acknowledgement of talent a musician could be offered at the time.

The honour elevates Olaiya’s status as a respected musician and would become the first of several high profile performance opportunities for Olaiya and his band during and after the Independence process. 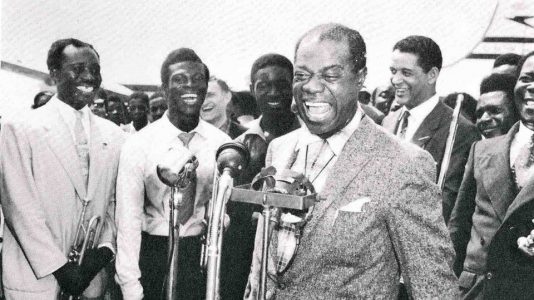 E.T Mensah performs with Louis Armstrong, during the celebrations to celebrate and commemorate Ghana’s Independence. As the first West African country to gain independence, Ghana was the first ‘Mecca’ for African Americans looking to discover the ‘motherland’ and reconnect to their African roots. Mensah’s performance with Armstrong would solidify High-life’s position as a contemporary genre in its own right, able to attract the attention of the world’s most renowned trumpeter at the time.

By this time, Mensah’s The Tempos had become so popular, the band routinely toured across English West Africa and Great Britain, with most of its explorations happening in Lagos. His music also created keen interest in Ghana’s Independence and would spur Nigerian agitations for Independence. 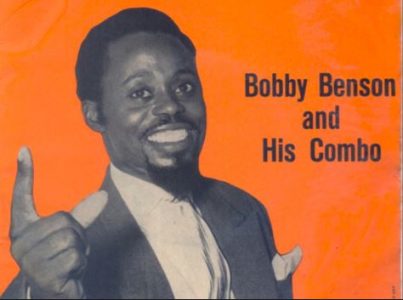 After a year of performing the hit in the Bobby Benson Jam Session, Bobby Benson and his combo would officially release Taxi Driver on Vinyl in 1958. The two side combo (along with Gentleman Bobby) would become an instant success, helping pivot the musician from a scene favourite to a bonafide recording artist. The success of the vinyl would create a movement around Benson’s Jam Session in Lagos and popularize Benson’s brass-heavy arrangements; arrangements that would inspire a young Fela Anikulapo-Kuti, then about to leave for medical school in the UK.

The Western Nigerian Broadcasting Service (WNBS) was created as a replacement for the BBC, which was going to leave Nigeria to make way for a national broadcasting service. Run in partnership with the Overseas Rediffusion and the Western Nigerian government, the WBNS was formed in response to the growing demand for indigenous music and would begin to broadcast juju and highlife music to its radio audiences, allocating two radio slots per week to highlife in a show slot called ‘Time for Highlife’.

WBNS also signed exclusive performance contracts with artists like Rex Lawson and I.K Dairo to gain first access to their original music. The relationship was mutually beneficial as at the time, Nigeria only had a skeletal road network and travel with equipment was expensive and time-consuming, radio was a quicker way to reach audiences and earn revenue from deals with the WNBS while avoiding risky travel. 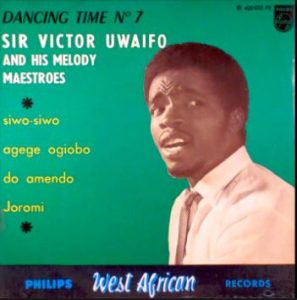 After moving to Lagos from Benin City, Sir Victor Uwaifo forms the Melody Maestros band, which is influenced heavily by Latin dance music and highlife. The band releases “Joromi”, “Guitar Boy” and “Mami Wata”. All three go on to become critical and commercial successes in 1966, paving the way for Uwaifo to tour Nigeria during the Civil and perfect what would eventually be called Akwete music, a variation of highlife that references traditional bini music, latin twist and highlife.

Uwaifo’s Magical Maestros benefited heavily from the Civil War and its outsize effect on the growth of traditional highlife in Nigeria, and a good number of the artists who rose to prominence in 1966 were able to do so because of the absence of artists from South-East Nigeria already famous during that era. Uwaifo was also a renowned poet, academic and inventor and was credited with inventing the revolving Guitar belt hook, an 18 string Guitar and inspiring renowned rock guitarist Jimi Hendrix.

Sir. Victor Olaiya is conscripted into the Nigerian Army at the beginning of the Nigerian Civil War and offered the honorary rank of Lieutenant Colonel. In return Olaiya’s band performs for troops in barracks across the country and in the front lines of the Civil War, mirroring similar tactics on the Biafran side of the war. Olaiya’s tenure in the army allows his music reach parts of the country that would have otherwise been financially forbidding.

Olaiya’s position as one of the most successful high life musicians in Nigeria in spite of his Yoruba upbringing is especially relevant to this move, as it positions the genre as Nigerian rather than Igbo. 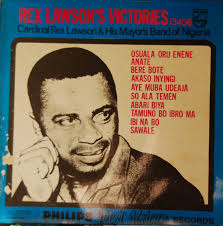 After a decade in professional residency at the Dolphin Cafe Hotel in Onitsha, and nearly 100 songs in his discography, Cardinal Rex Lawson and the ‘Mayor’s Dance Band of Nigeria record Oturukorote, the musician’s final album as a performing artist. Lawson had already gained significant fame as a result of his partnership with the Western Nigerian Broadcasting Service and was the equivalent to contemporary pop star Wizkid in regards to his national acceptance and the universality of his music.

Six months later, Rex Lawson would die at the age of 33 from injuries sustained during a road accident on his way to Warri.

Prince Nico Mbarga and the Rocafil Jazz Orchestra records and releases “Sweet Mother” the third official single of their residency at the Plaza Hotel in Onitsha. Mbarga’s single goes on to become the most successful Nigerian single ever released on home soil, selling 13 million copies, even though it was sung in Sierra Leonean Krio and favoured a Congolese guitar style. 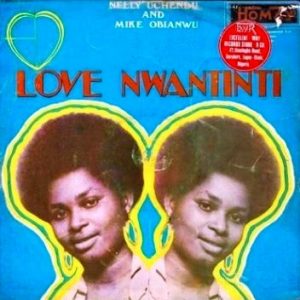 Nelly Uchendu releases ‘Love Nwantiti’, off her same titled debut LP which takes on the traditional Igbo folk love songs and revolutionizes it with contemporary highlife sounds. At the tail end of the 1975 coup and Fela’s skirmishes with the Nigerian government, a new wave ethnically driven of nationalism had created nostalgia for pre-colonial regional music and culture.

Nelly’s entry into the music scene is prominent because she is the first Igbo woman to attain the level of mainstream musical success as a solo performing artist. Love Nwantiti is quickly absorbed into the colloquial vernacular at that time and becomes a touchstone for young love.

Ten years after reforming his band Celestine Ukwu and His Philosopher National, Celestine Ukwu releases his comeback project Igede Fantasia powered by the sleeper hit Money Palaver, which becomes a critical and commercial success, reintroducing Ukwu to a new generation of Nigerian music lovers and solidifying his legacy as one of Nigeria’s founding highlife practitioners.

Ukwu’s first band The Music Royals formed in 1966 was disbanded at the start of the Civil War when musicians of Eastern descent were forced to either renounce Biafra or return to the region. He is unable to capitalize on this new wave of success as he loses his life from injuries sustained in a car accident the following year. Ukwu’s legacy persists thanks to King Sunny Ade, whose brand of Juju and later Fuji is heavily inspired by Ukwu’s more louche take on highlife.