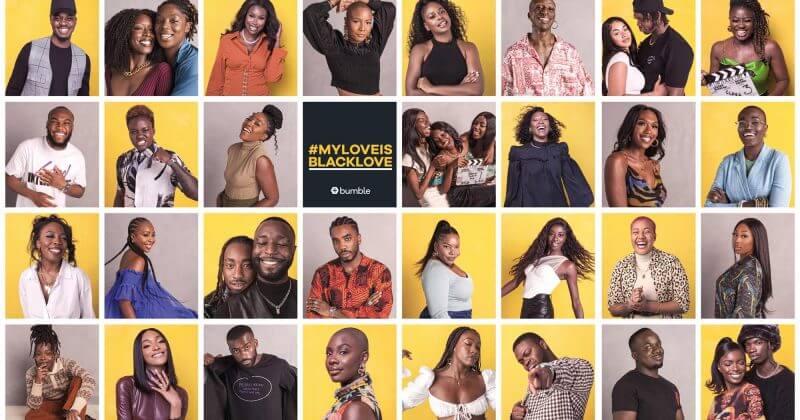 Celebrated from October 1 to October 31 in the UK, Black History Month was first introduced to the British calendar in 1987, under the initiative of Akyaaba Addai-Sebo, a Ghanaian activist who worked as the Special Projects Coordinator of the Ethnic Minorities Unit of the Greater London Council (a mouthful, but he did good work). Noticing that black children felt a detachment to their African roots, ashamed of their heritage, with some even longing to be white, Addai-Sebo conceived the idea of an annual celebration of Black British people’s African history, elucidating how the continent and its people have made sizeable contributions to global civilisation.

Thus Black History Month in the UK was born, the 31 days of festivity to kick off in just a few days. Black History Month has grown into a month of pride and a month of joy within the black community, it’s a celebration that fills us with love, so it’s absolutely perfect that the social networking platform, which once started out as a dating app, Bumble, is commemorating the month by sharing stories of black love.

In their new campaign which says, My Love Is Black Love, Bumble will be sharing the stories of 31 Black British people for the 31 days of the month. The campaign consists of video interviews and testimonials which share what black love means to each individual and what they would describe their love to be. “Mad deep”, “thoughtful”, “attentive”, “spicy” these are but a few ways the musicians, models and people from within the Bumble community, who all take part in the campaign, express their love. 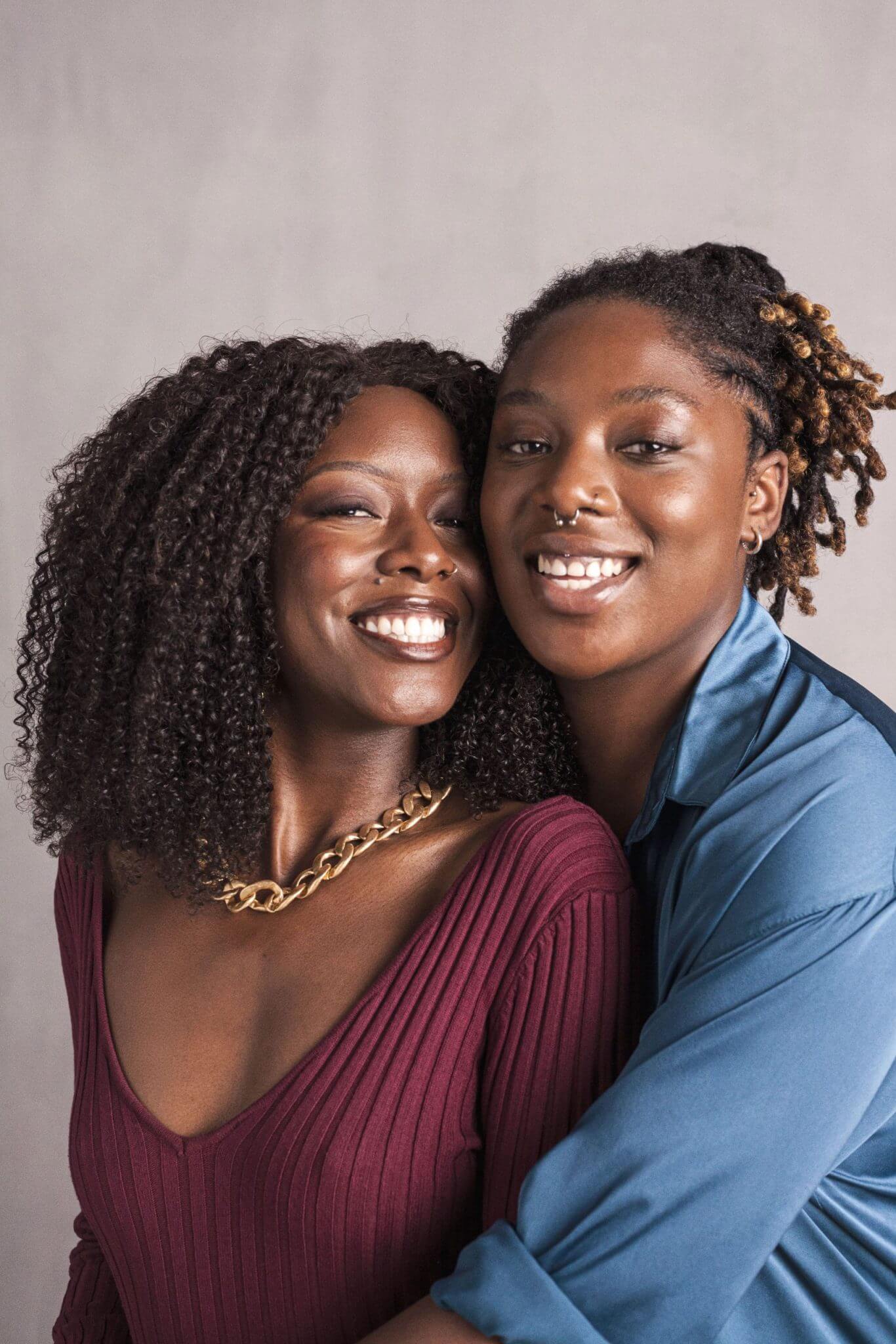 “Bumble is a platform rooted in kindness and respect,” so their CEO Whitney Wolfe Herd will tell you. Most praised for their Make The First Move slogan, which empowers women to do just that, Bumble are proud to destabilise the patriarchal dynamic which prevails in modern relationships, right from the first move. In their expansion with Bumble Bizz, they also encourage young professionals to take that all too scary step towards their next goal. The Bumble brand is all about empowerment, and this year, more than any other, they have proven that they’re all about intersectional empowerment.

Earlier this year, Bumble donated $1 Million to the Black Lives Matter movement, following their support of 15 small businesses with grants to keep them afloat during the pandemic period. Now, as they seek to offer an authentic representation of black love that has hardly existed before, Bumble are actually “putting their money where their mouth is,” affirms Naomi Walkland who is the Head of Bumble UK and Ireland.

Having been at Bumble since 2018, Walkland tells me she is truly “proud to be part of [a company] that actually walks the walk,” as we chat over the phone about Bumble’s numerous ventures in realising its philosophy of kindness, respect and empowerment. From big money schemes to help the disenfranchised, right down to a simple mandate for all its users to sign a pledge – that says you believe in their values of equality, representation and inclusivity – in order to join Bumble’s social network, Bumble are, from top to bottom and right from the start, a company that emphasises justice and fairness in today’s cruel world. Most importantly though, “we are always listening to our community,” Naomi tells me. Bumble’s advocacy doesn’t simply stop at the ideas the staff members have, they genuinely keep their ears to the ground, with a bottom-up approach that tells of their dedication to being for the people. 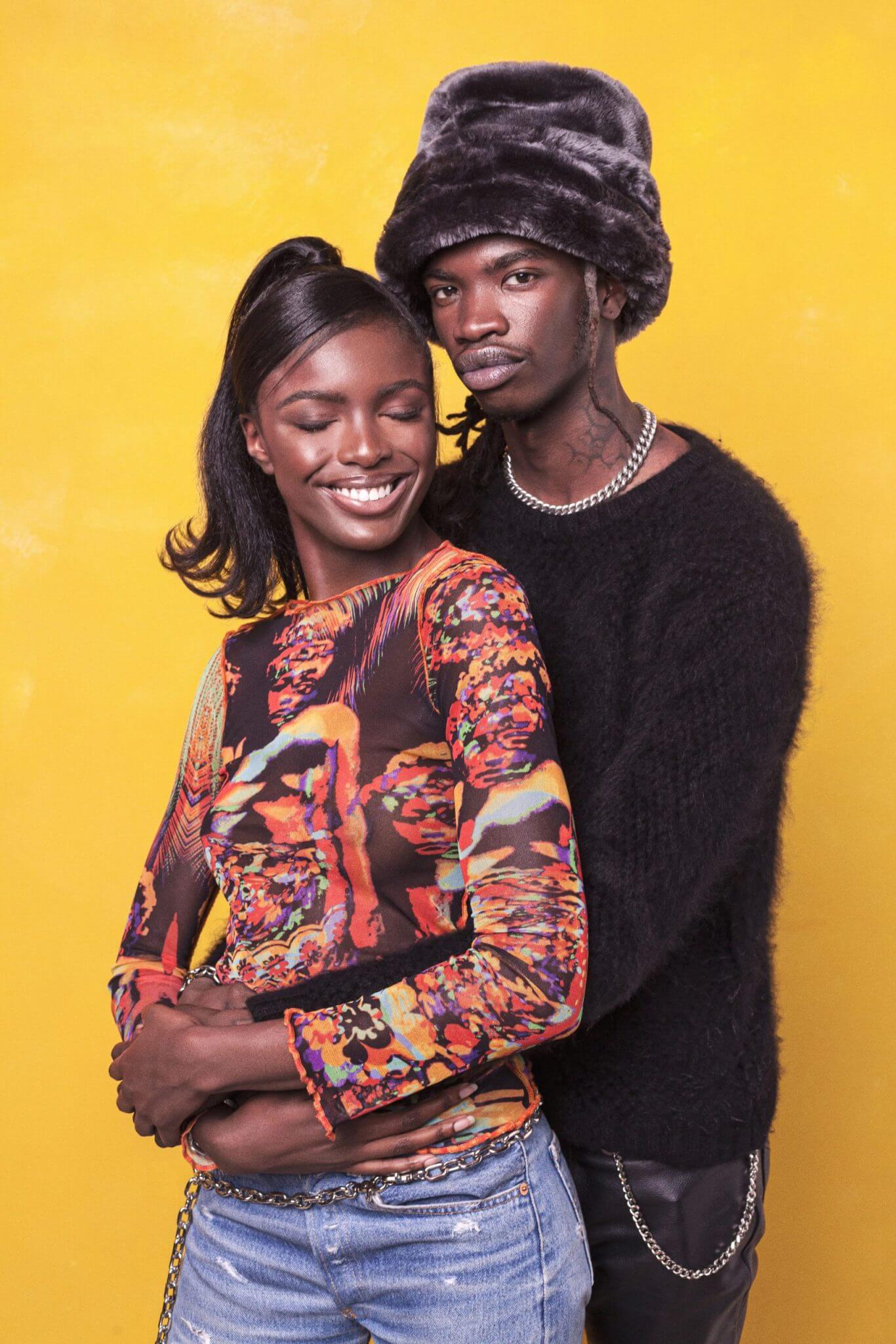 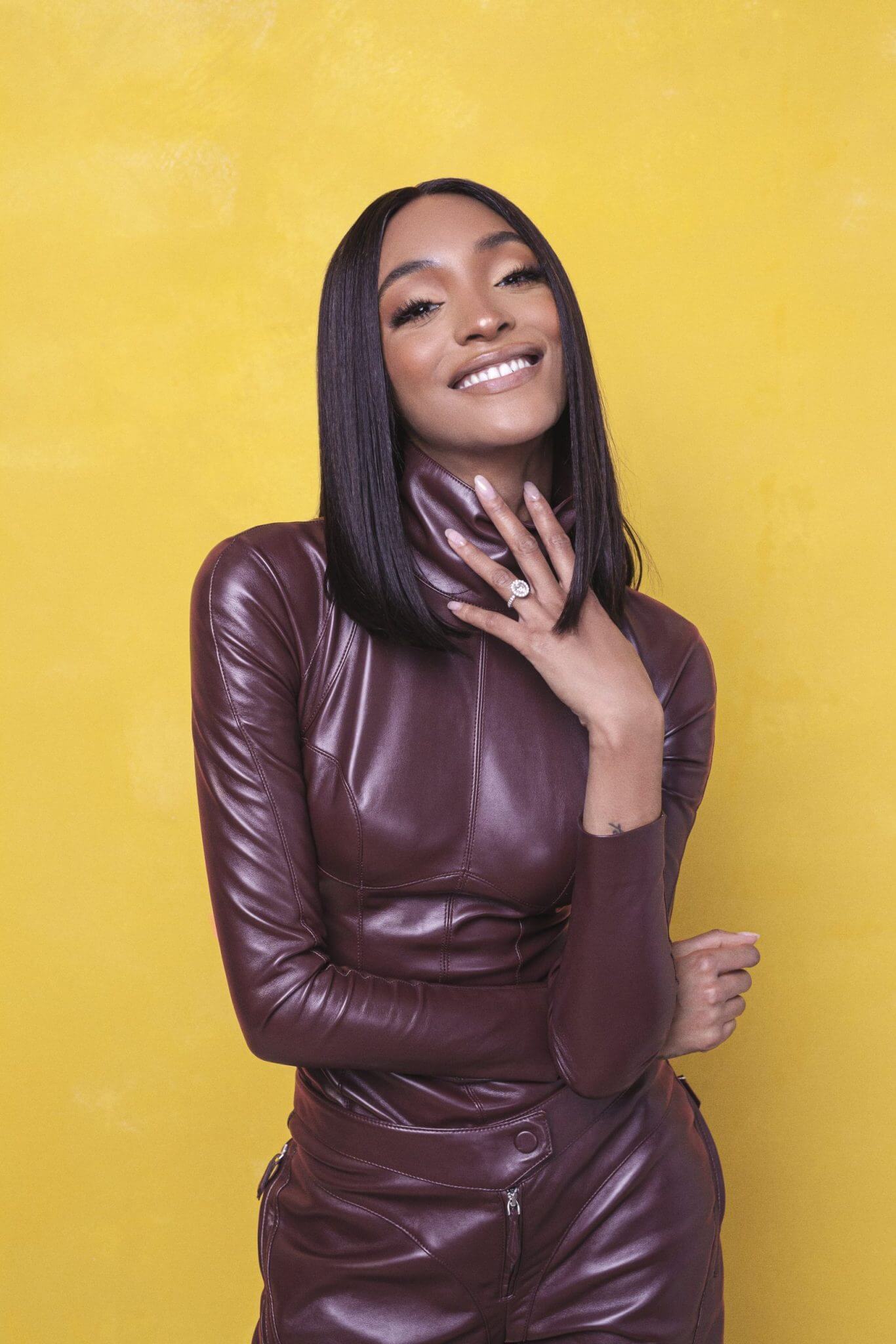 Raised by a single Nigerian mother in the UK, Walkland reminds me of a childhood we shared, where depictions of black love in the British media were few and far between. Like Walkland, maternal (and sibling) love was about the only thing I understood about black love– that and the hood love portrayed through the hip-hop music videos that populated MTV or dance and basketball movies seemed to be the only places I could find an all-black cast living life outside the white man’s gaze. As Naomi quotes, “You can’t be who you can’t see“, so denying black British people the visibility of people like them sharing love on screen in a non dramatised way, will always leave its mark. Are we all expected to follow the stereotypical arch of Tyler Perry movies, filled with infidelities and a chaos so toxic that my more enlightened self doubts if that representation should ever even be called love? Are we to only ever expect black men to be absent or abusive? Because even if at home they’re exposed to better, in the media that way of being a man is continuously reaffirmed.

Most representations of black love have been stereotyped, realistically reproduced again and again, teaching us that what we’re fed is just how life is, until we ourselves make the effort to unlearn. So, for 2020’s Black History Month, Bumble are giving black people, black children – whose shame in their heritage-inspired Akyaaba Addai-Sebo’s inception of this very annual October celebration – an authentic, diverse and inclusive representation of black love, in romantic relationships, in parent-child relationships (like the ones Naomi and I share with our mothers), and even in friendship (shout out Bumble BFF).

This morning, Bumble shared the campaign video to introduce their month of black jubilation, with snippets of wisdom from some of the people from whom we will be hearing throughout the month. Bumble’s cast includes George the Poet, who asserts “black love feels like the best is yet to come“, Jourdann Dunn, who believes it is “A community coming together and really showing up for each other”, just as she an Bumble have done, Nicole Crentsil, who envisions black love as “A world where we can see ourselves being happy,” and more. Capturing big grins, festive cheer and a motivating series of positive messages, putting this campaign together put a cheshire-wide smile on the Bumble head’s face, because she saw what we’ve all secretly known, but rarely get the opportunity to experience; Naomi Walkland witnessed the awesome phenomenon that: 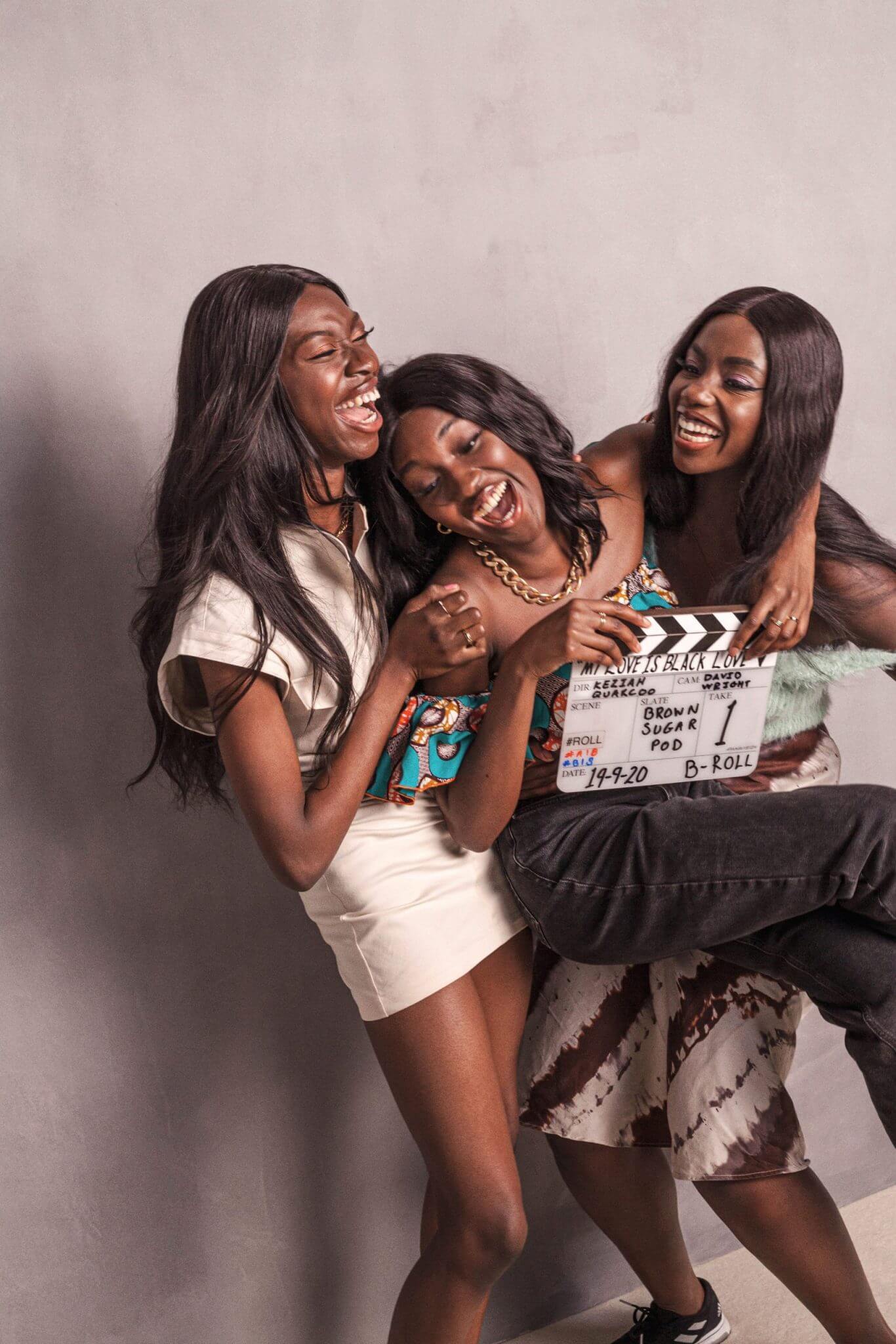 0100
Previous Article Best New Music: Tems is on her best form with a “Free Mind”