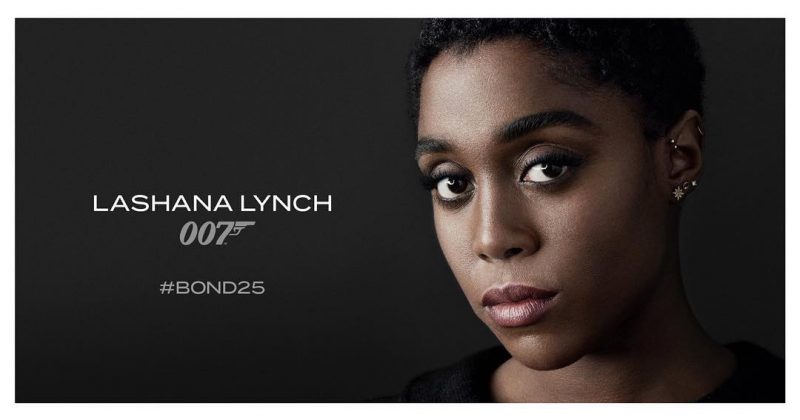 2019 is gearing up to be the most diverse and inclusive year for casting in Hollywood. Just weeks after Disney cast Halle Bailey as Ariel in its coming live-action remake of “Little Mermaid” and the premiere of Liam Neeson and Chris Hemsworth’s co-lead roles in the Men In Black reboot, “MiB: International”, the James Bond film franchise seems set to field Lashana Lynch as the new 007-agent in the coming Bond film.

In what is being described as “A popcorn-dropping moment”, a ‘movie insider’ explains that Lashana is introduced as 007 in the 25th Bond film. The film opens with Daniel Craig, retired in Jamaica, which leaves room for Lashana to replace James Bond as the new 007-agent in the M16 spy agency. He is eventually called back to action to fight a new villain, so it’s unlikely that Lashana actually goes on to play a lead role in the film. As a matter of fact, this could very well be nothing more than a marketing campaign for the movie franchise that has often portrayed a shallow representation of women.

Lashana Lynch who is black and British had her movie debut in 2011’s “Fast Girls”, but her role as Maria Rambeau in this year’s “Captain Marvel” seems to have shot her into Hollywood fame. Her role as the new 007 secret agent is an indicator of our time where inclusion is has reached a dizzying new height where it’s marketable enough to be used as a PR stunt.

ICYMI: How accurate are our favorite medical movie scenes