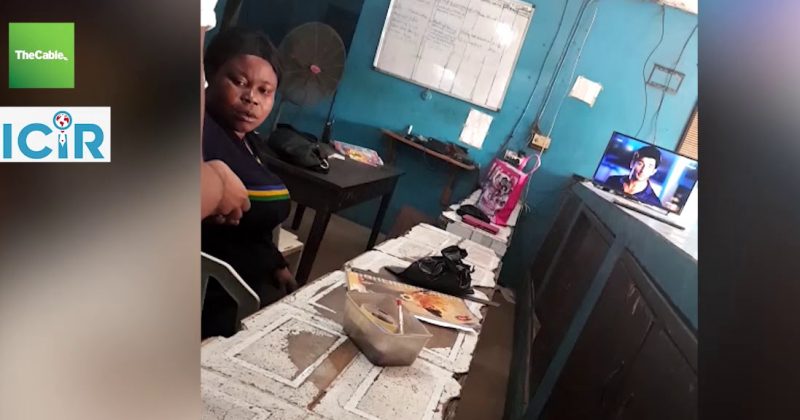 Over the last few years, Nigerians have decried Nigeria’s police system as a menacing institution, due to continued reports of extrajudicial killings and allegations of wrongful arrests. Adding validity to these sentiments, investigative journalist ‘Fisayo Soyombo has just published the first of a three-part story detailing his time spent undercover in jail at a Lagos police station, and as an inmate in Ikoyi prison.

Focused his time in jail, the sprawling first part narrates Fisayo’s notable experiences, including wrongful arrests of other jail occupants and new entrants, denial of bail, conflation of charges to increase bail, and alleged bribes for everything from reception of visitors to phone charging. Images of the police cell, an audio recording, and bodycam footage of police officers receiving bribes are also embedded in the piece, adding a compelling edge to his narrative arch and expository intentions.

Adopting the pseudonym Ojo Olajumoke, Fisayo got himself arrested for refusing to remit subsequent payments after paying an initial #300,000 for a car worth #2.8million. He was held in the police cell for five days, before being remanded for another eight days in Ikoyi Prison. The subsequent two parts will focus on his court arraignment, and his time in prison.

Fisayo’s efforts to reveal a source of constant complaint for Nigerian citizens is quite brave, considering the dangers and difficulties inquisitive journalists are prone to. In the last few weeks, reports of Cross River-based journalist Agba Jalingo being arrested and detained has caused unrest on social media, with many speculating that his outspokenness and demand for financial accountability put him in the cross-hairs of the state government.

Petition submitted successfully to the @USEmbassyAbuja

Agba Jalingo may have no one but you and I to speak for him, and that should count for something. No elected Govt official should be allowed to use his office irresponsibly against another Nigerian! #FreeAgbaJalingo pic.twitter.com/GicxZJy6vx

Regardless, investigative journalism often sheds an intense light on the darker parts of our society, and in a developing Nigerian system, it should serve as a tool to deepen conversations and trigger change. Inquisitive journalists who invest themselves and dare to tell these difficult stories should be protected and celebrated.

Dennis is not an interesting person. Tweet at him @dennisadepeter

Next Article Mayorkun joins Arrowbwoy in the video for “African Woman”