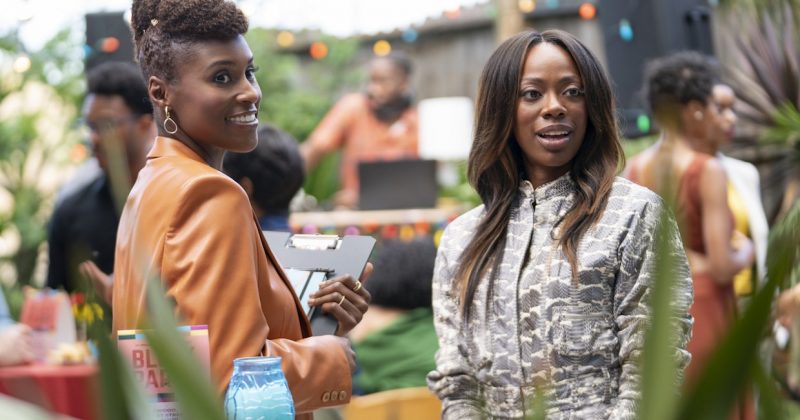 Over the last four years, Insecure has provided us with relatable experiences for the millennial woman who is navigating adulthood and trying to find her feet through the lives of Issa and her best friend, Molly. Insecure recently returned for its fourth season and this time around, the cast have grown up a bit, and are coming into their own as women, glowing and growing, dropping their past toxic patterns.

With this, we also see the inevitability of change and outgrowing certain situations and even friendships we thought would never come to an end. Friendship breakups are never a nice thing, and where romantic breakups get their fair share of attention in every facet of popular culture from films to music, nobody ever really talks about the effects of falling out with a close friend.

The new season begins ominously with Tyler the Creator’s cut-throat number “A Boy Is A Gun” in the background, as Tyler’s emotionally tumultuous lyrics seem to foreshadow the eventual demise of Issa and Molly’s friendship. We get to see Issa’s conversation where she speaks about the friendship ending, saying ‘I don’t fuck with Molly anymore’ ahead of the eventual breakup between the pair.

As entertaining as Insecure is, one of the most frustrating things is that characters tends to take one step forward and ten steps back. Since we started watching the show in 2016, the only character who seems to me making any tangible progress in the entire scope of her life is Issa, which is great for her, but it often feels like her friends are used to having to look after her, when all that shows is how regressive and stuck in the past they are.

Though there are only 3 episodes of the season out, we can already see the obvious tension building between Molly and Issa so far, from Issa’s budding friendship and work relationship with Condola, we begin to see what drives the wedge between her and Molly. From the looks of it, it seems as though Molly is feeling some sort of resentment towards Issa for focusing more on her relationship with Condola and her new passion project, which now means that Issa no longer has time to prioritise Molly’s relationship and professional woes.

As the season goes on, they both begin to lash out at each other and make snarky comments, like Issa saying to Molly ‘You gon’ pull the Old Molly and scare him away?’ when referring to her latest love interest. The internet collectively worried about the possibility that Issa and Molly’s friendship could be coming to an end, and many people shared similar experiences with friendship breakups in the past, opening up a much-needed conversation about the need to find your tribe full of honest and dedicated girl friends.

I will say this, #InsecureHBO is doing a good job at how miscommunication can slowly eat away at a relationship, whether it’s platonic or romantic.

We all know how it goes when you realise your friend is actually an opp, but takes a while for you to actually get to the point of cutting off the friendship because it seems like a ridiculous option. We might not realise, but we expect more loyalty from our friends than we do from (male) romantic partners, mostly because at this point in life, you’ve probably been friends with your closest gals for a very long time, and have shared a deep connections over the years. As close as a boyfriend is, there are certain things he can never understand, which you need your girls for.

It’s always heartbreaking to lose friendships, and what this season of ‘Insecure’ does is present all of our lives on television with some much needed emotional honesty, which can be difficult to achieve in real life. We’re all watching the show, commenting about what Molly and Issa could and should do to save their friendships, but how many of us can confidently say we employ those methods in real life?

Hopefully, watching these uncomfortable facets of life as a black women can encourage us to do better in our real life, such that the show actually serves its purpose to offer nuanced and well thought out responses to the woes black women face.

Friendship break ups like relationships are inevitable, and sometimes people grow apart when their lives are heading in entirely different directions no matter how long they’ve been friends for. The end of a friendship if it has to come to that doesn’t always have to be a fight, and the key to achieving that, is keeping clear communication lines open, with the aim to always resolve and air grievances in a compassionate manner.

Next Article SoundCloud may not be as prominent as it once was, but we should never forget its importance